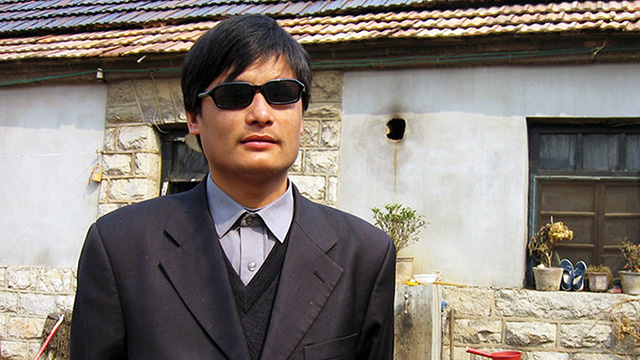 NEW YORK — Chen Guangcheng might have made it to the United States but his problems are far from over. The Washington Post reports that the blind dissident, soon to be enrolled in New York University’s prestigious law program, has failed to get the TOEFL score necessary to begin studying immediately. Instead, like many Chinese students who go abroad with subpar language skills, he must take remedial English courses before he can study at the university officially. 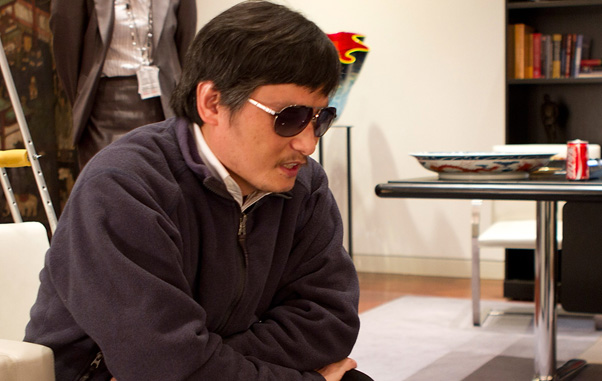 Chen, seen here puzzling over the gerund. “How can a verb possibly be used as a noun?”

Chen, who landed in New York last month, has begun taking classes in basic grammar and conversational English in the basement of a rec center in Queens. Though the activist studied English in high school, he rarely used it while defending Chinese citizens from the abuses of their government.

“If only I had gotten a job in a foreign company or watched more Friends in the four years I was imprisoned,” he said regrettably. When asked about his current studies, Chen responded, “I thought escaping from house arrest with a broken foot was tough, but subjunctive mood?”

Chen says that if worse comes to worst, he’ll do what other Chinese students with bad English have done for years: pay someone else to take the test for him. “It wouldn’t be hard to fake,” he says. “Just slap a pair of Ray-Bans on an Asian guy and who can tell the difference?”

Despite the language barrier, Chen is making friends in his new country. “To date, most of my friends have been fellow activists and overzealous Americans, but here in New York, people who can’t even locate China on a map come up and want to shake my hand.”

Martin Sellick, who can’t locate China on a map, snapped a picture of him and Chen. When asked why he admired Chen, Sellick said he had seen Chen’s picture all over the paper. “He’s a movie star, right?”

Even with all the attention, Chen says he prefers to be with regular Chinese people, like the students in his spoken English class. “My Chinese classmates are great,” he says. “We play mahjong and sing karaoke on the weekends. They don’t judge me, because none of them know who I am.”


RELATED NEWS:
Let Us Choose the Next Guy
China Creates Ministry Dedicated to Reminding the World That Japa...
Miniharm's Top 10 Moments of 2014