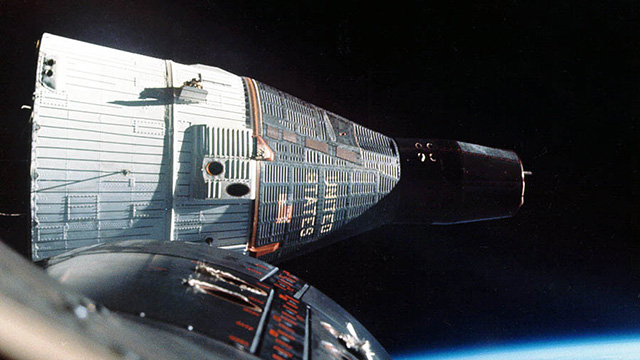 Chen Yiping and Yang Hai, two lifelong tiakonauts, are expected to attempt the maneuver in the Shenzhou 9 spacecraft, which is expected to launch mid-June. According to details released by the government, once the spaceship enters geosynchronous orbit, the astronauts will remove their pants and Chen will attempt to insert a portion of his fecal matter into Yang’s rectum. Sources close to the astronauts report that Chen has already altered his diet to ensure that his excrement will have the consistency needed to enter Yang’s relaxed sphincter. 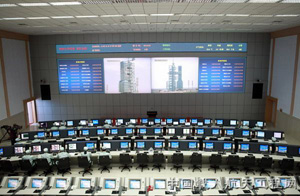 Scientists will monitor the sexually deviant operation from the launch control room.

“We have been training our whole lives for this,” said an effervescent Chen. “We’ve practiced the maneuver in the neutral buoyancy pool hundreds of times and are ready for the real thing.”

The first space docking was performed in 1966, by porn-stars-turned-astronauts Roddy Reynolds and Neil Armstrong. Since then, only the Soviet Union has been able to repeat the abhorrent maneuver. If Chen and Yang can pull it off, China will join these two countries as pioneers of paraphilia.

Chinese are excited to watch the country’s first galactic poop exchange. “As a Chinese, I couldn’t be more proud,” said university student Wang Lin. “Performing this grotesque and godless maneuver in space will finally prove to the world that China is great power.” The entire stool transfer will be broadcast live across all CCTV channels at 2am.; parental guidance is advised.

If the docking attempt is successful, it could usher in a new space race between the U.S. and China. NASA revealed in May that American astronauts have been performing the Cleveland Steamer in simulated zero-G for months.

“In the 80s, the Soviet Union brought out the best in us. This scatological space race could be just what the U.S. needs,” says NASA head of space operations John Laramie. “If we can perform a Cleveland Steamer, China might attempt a Hot Lunch. If they perform a Hot Lunch, the United States of America will not rest until we have executed a Dirty Sanchez in space.”

Correction: Ministry of Harmony was given the headline “China to Attempt First Manned Space Docking” and instructed to construct an article around it. Somehow the headline was corrupted during our editorial process.