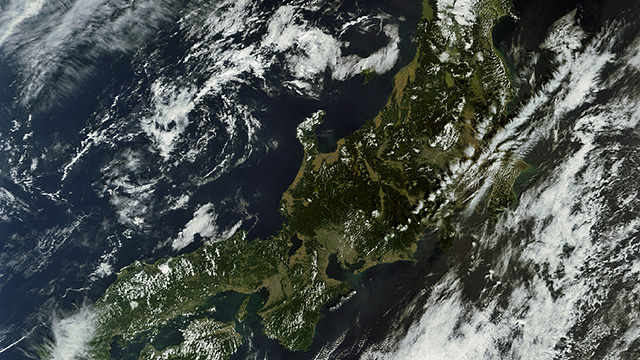 BEIJING — In response to the Japanese government’s purchase of a group of disputed islands for $30 million this week, Beijing announced that it too will purchase several islands in disputed territory.

“We are looking at securing appropriations that will allow us to purchase four more-or-less uninhabited islands to the east: Hokkaido, Honshu, Shikoku and Kyushu,” said Liu Qi, a senior official in the Ministry of Land and Resources. “Though the islands possess scant natural resources, we have found ample stores of manga and pornography, both of which mainland citizens sorely need.”

When asked whether he recognized those four islands as the sovereign nation of Japan, Liu produced a hastily-Photoshopped map from the Han Dynasty.” As you can see here, the islands in question, otherwise known as China Jr.—that was the name at the time—have and will always belong to China.”

Officials from China Jr. do not subscribe to this interpretation of history but, surprisingly, are keen to go along with Beijing’s plans.

“If the Chinese are willing to blow money on our country, then they’re dumber than I thought.”

“Look, we’ve got a debt to GDP ratio that trails only Zimbabwe,” said finance minister Jun Azumi. “If the Chinese are willing to blow money on our country, then they’re dumber than I thought.”

While an official offer for the archipelago has not yet been made, Liu suggested that Beijing might offer the current China Jr. administration upwards of $300 million for “managing the islands for the past 2,200 years.”

When confronted with this number, Azumi grabbed the nearest pen. “Just tell me where to sign.”

Though plans to purchase the islands are moving forward, Liu cautioned that there was still one unresolved issue. “It is clear that we own the islands. The only question that remains is: what shall we do with the indigenous people?”