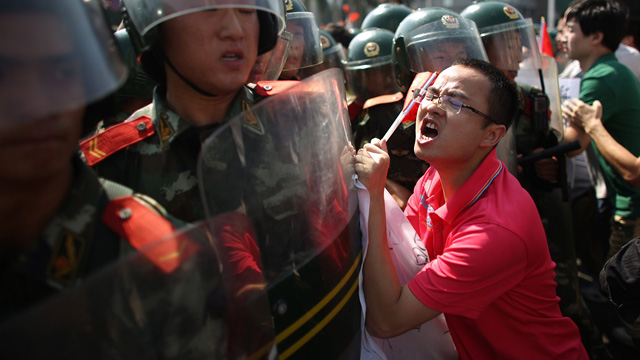 “I have these horrible bouts of guilt, like two to three times a day,” Ma went on. “Every time I crank the shank to some woman being hog tied or degraded on a public bus, I feel like a traitor. If only the girls in these videos were Chinese, I wouldn’t feel so bad.”

Some friends have tried to comfort Ma through encouraging comments on his microblog but other, more conservative friends have branded him as betrayer of the Han people.

In an attempt to placate his nationalistic friends, Ma wrote a follow-up weibo in which he reiterated his conviction that every Japanese person deserves a swift death but asked if the country’s AV stars could be spared and used as comfort women by lonely Chinese men like himself. He was immediately blocked by Liu and other rightists.

Friends last saw Ma disappearing into his room with a stack of Sola Aoi DVDs. They confirm that he is feeling extremely guilty.