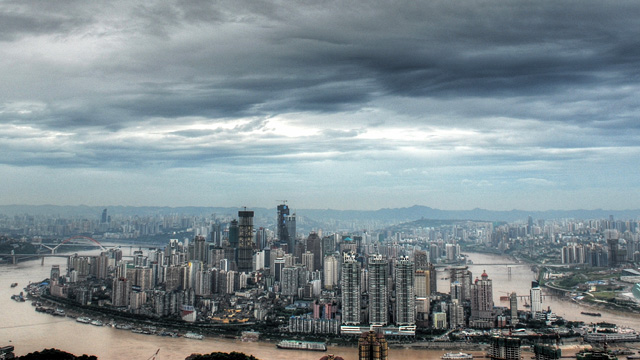 A memo hastily drafted by Zhu which was sent to all government and party officials instructed them not to come to work but instead to visit each one of their mistresses and ask if the girls had secretly recorded them having sex for a shady businessman who planned to blackmail them at a future date.

“Anyone with a mistress could be next on the chopping block,” the memo read in part. “That means it could be any of us.”

The officials with the most mistresses have it worst. Liu Haiming, a deputy party secretary with 28 mistresses, had spent the day running around town trying to track down all of his paramours.

“I managed to find most of them,” said Liu. “But some have changed their phone numbers or moved to Beijing to catch bigger fish.”

“I don’t get what the big deal is,” he continued. “I mean, everyone knows I’m banging these chicks. But once a photo gets posted on the Internet, suddenly it’s a scandal?”

Liu, who sees himself as a provincial-level Don Juan, is expecting the worst. “I’ve already called Edison Chen for advice on what to do if it’s me.”

Meanwhile, Mayor Wang says he has already called in the PLA to help track down and destroy all copies of the unreleased sex tapes and is considering asking Ayatollah Khamenei to issue a fatwa on Zhu Ruifeng, the reporter who says he has the originals.

Wang admitted that even with the fear of public shaming, officials would continue to have trysts with their mistresses, so the only way to stop these leaks is to ask hotels to sweep their rooms for bugs or hidden cameras and computer repairmen to not poke around for indecent pictures or video when an official asks them to fix their computer.

“This sex tape scandal has been incredibly damaging for the image of Chongqing as a beacon of clean and honest governance,” Zhu said in an emergency broadcast recorded from his webcam at home. “So if you have any media of me bumping uglies with a girl who could be my daughter, I kindly ask you to not put it on the Internet.”

PLA troops are now patrolling the streets and a citywide curfew has been set for sundown. All citizens are advised to stay indoors and away from the computer.