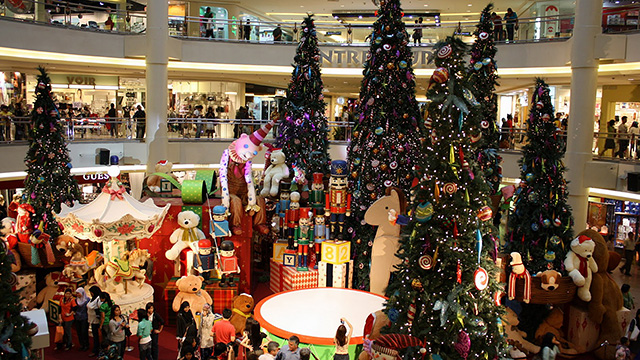 SHANGHAI — Record numbers of Chinese are turning out this year to celebrate the birth of Christmas shopping, which derives from the Saturnalia tradition of gift giving that was syncretized into mainstream Christianity in order to convert pagans before being co-opted by corporations to sell an empty, materialist dream to the developed world.

Gift giving is an integral part of Chinese culture and Christmas is one of the biggest gift giving holidays apart from Chinese New Year.

“Whether it’s angling for a promotion, getting your kid into an elite high school or asking an official to sell you land illegally, a gift is essential,” explains Professor Xu Jinglian from Fudan University.

“And Christmas is about celebrating the original act of giving to curry favor with a higher power: the Magi plying Jesus with gold, frankincense and myrrh.”

But some Christmas shoppers aren’t just looking for gifts for other people. To these consumers, who couldn’t pick Jesus out in a crowd, the meaning of Christmas is what people in developed countries have known for decades: to buy meaningless crap for the simple reason that it costs less now than it did the week before.

“Any people identifying themselves as ‘Christians’ are warned against celebrating the apocryphal birth of Jesus Christ,” a statement posted around neighborhoods read.

“You are celebrating for the wrong reason and will be arrested on sight.”