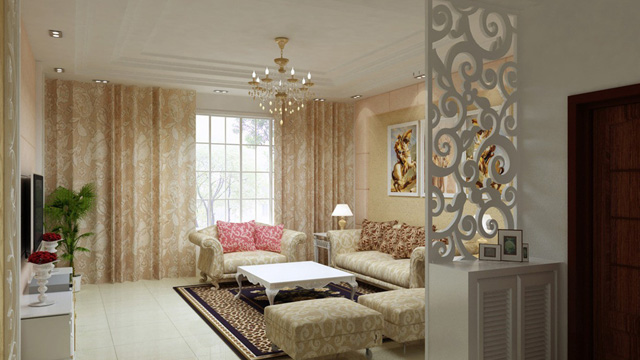 The Chinese public, long shielded from the excesses of their leaders by a media smokescreen only recently lifted by the new hard-line Central Committee, have now been exposed to the true horror of their lumpen leaders’ utter lack of any sense of style or aesthetics.

Some particularly shocking examples of tacky decor uncovered during the crackdown have been branded, monogrammed Gucci upholstery, internally-illuminated neon Renaissance statuary and the widespread and senseless use of cork flooring in bathrooms. 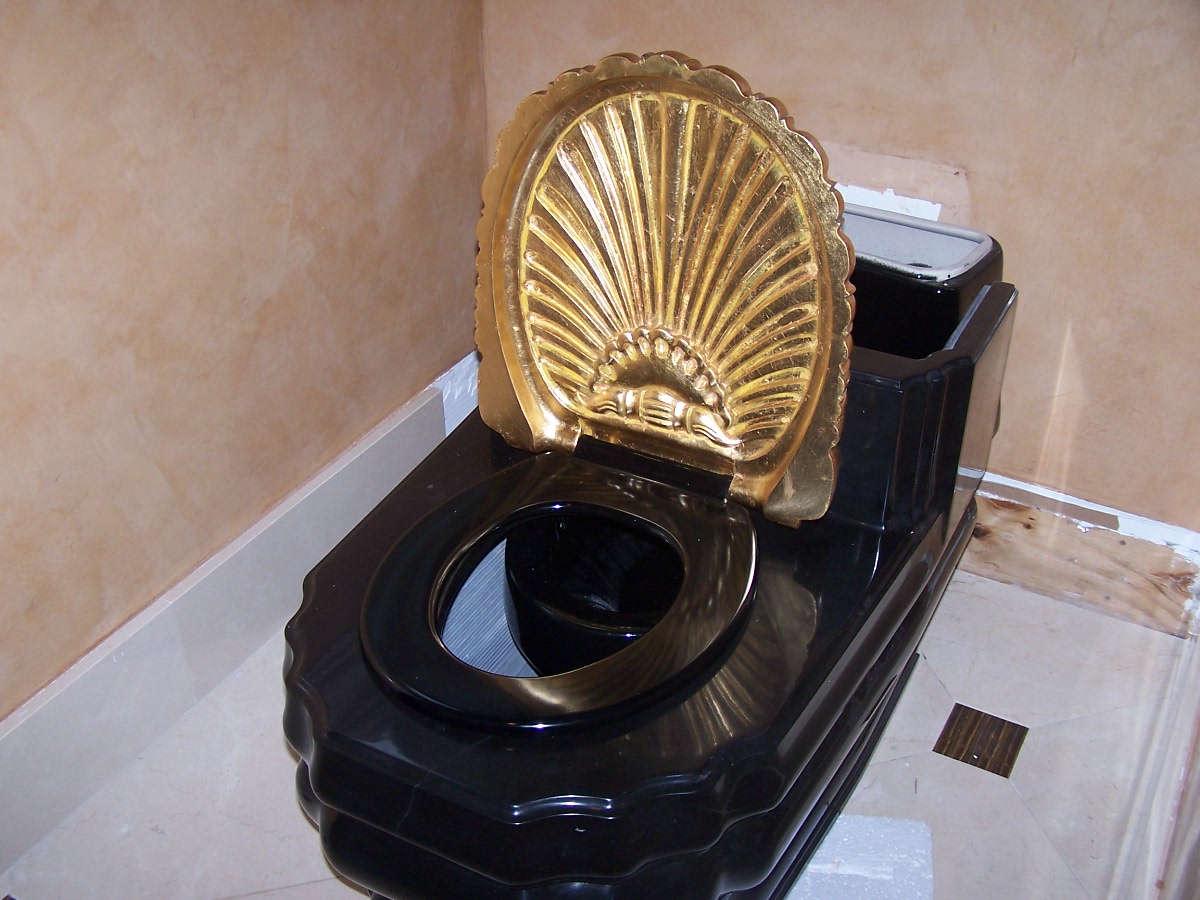 A gaudy toilet in one of the 14 bathrooms in Rui’s mansion.

However, in the words of Central Commission for Discipline Inspection (CCDI) investigator Luo Bin, “nothing we had seen so far prepared us for Rui Hailong’s utterly vapid and soulless anti-aesthetic.”

Upon entering the four-story Italian-style villa in Beijing’s Shunyi district, which Rui allegedly built with money siphoned from infrastructure contracts, police and investigators reported being sickened by the “shameless, wanton lack of any underlying design scheme,” with Luo calling the scene “the most ill-thought-out and troglodyte excuse for decor I’ve seen since Gu Kailai’s Hello Kitty mansion in Chongqing.”

According to the CCDI report, Rui’s roof garden included a Lexus-shaped shark tank complete with fold-out mauve waterbed, as well as a poolside bar which was stocked entirely with Cinzano Bianco and Drambuie. His daughter’s bedroom, meanwhile, was carpeted in dyed-green baby seal fur, while the 106-inch widescreen living room television was set into a gilt frame inlaid with the diamond-studded faces of six dozen Rolex watches.

Luo said that even his most hard-bitten investigators, “men who’d seen everything from chintz-printed viscose table runners to plasticized faux-Regency dining chairs” were almost reduced to tears by Rui’s “complete detachment from the most basic principles of interior design.”

“Four-post bed in the shape of the Taj Mahal? Check.”

“All the hallmarks of a diseased, corrupt mind were there,” said Luo. “Perspex grandfather clock? Check. Rhinestone-studded life-sized plaster horses? Check. Four-post bed in the shape of the Taj Mahal? Check.”

“It wasn’t just the individual features and flourishes that made the vomit rise in one’s throat,” read the official report. “It was the way they were all jumbled together, with no coherent vision discernible in the tasteless mish-mash of cheap-looking, overpriced knick-knacks. It was like walking into Pee-wee’s Playhouse, as decorated by P. Diddy and Elton John.”

After Xinhua released pictures of Rui’s mansion, an intense public debate was sparked over whether Rui’s “crimes against beauty” were sufficient to justify the death penalty he now faces. According to a Sina poll, 40 percent of respondents thought Rui’s approach to home decoration, while criminal, was “not sufficiently extreme to merit the death penalty.”

However, after terrifying images of the lilac-and-cream color scheme used in the master bathroom of his Beijing mansion went viral, this number plummeted to almost zero, with over 98 percent of respondents favoring a “slow, painful death.”

Two police officers who collapsed and went into shock during the raid are being treated for PTSD.