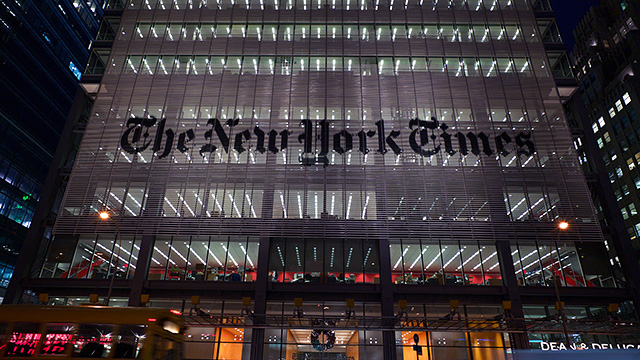 BEIJING — Hackers responsible for infiltrating The New York Times this week say they are appalled by the working conditions at the newspaper, calling them “exploitative” and “Foxconn-esque.”

Wu Xijun, who goes by the hacker handle “Chin]{Mast@,” came across the Times‘ payroll spreadsheet while looking for the home addresses of overseas Chinese dissidents.

“I remember thinking, this can’t be right,” said Wu. “I mean, how could David Brooks be earning less than a guy who makes iPhones?”

But, after extracting and examining hundreds of tax invoices and bank statements, Wu realized he was looking at “definitive proof that print media was doomed.”

“It seemed the reporters were responsible for researching and writing articles themselves, instead of reprinting government news wires and nationalistic Global Times op-eds,” Yang said. “It was terrifying.”

In addition to a terrible HMO and retirement plan, the hackers also uncovered many employee emails complaining about overtime and Jill Abramson stealing their food from the office refrigerator.

In fact, Yang felt so bad for the journalists that he considered hacking Arthur Sulzberger, Jr.’s bank account and “making a donation” so that the publisher could keep the paper running past 2014.

The elite group reported similarly dreadful conditions at The Wall Street Journal and The Washington Post and expect to find the same at the Los Angeles Times and the Chicago Tribune, which they have just begun to hack.

Somber from the lack of progress—Chen Guangcheng’s personal email still proved elusive—and faced with the demise of print journalism, the hackers fell silent.

“Come on guys, I just found a new Twitter exploit,” Yang said, trying to cheer his gang up. He then busily set about resetting the Dalai Lama’s password.