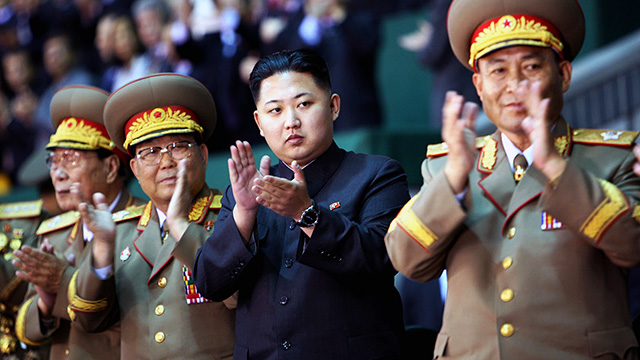 BEIJING — The Ministry of Foreign Affairs announced today that it has intercepted North Korean cables that suggest North Korean leader Kim Jong-un is developing a “sex bomb.” This news comes on the heels of the country’s third nuclear test and threatens to further destabilize the region.

It is unclear at this point whether the “sex bomb” is in fact a bomb at all, but the international community is not taking any chances.

According to the released cables, Kim’s regime has already kidnapped several Japanese nuclear physicists, two Victoria’s Secret models and Tom Jones, putting them to work on the bomb in an underground bunker.

Giving credence to the rumor, Jones’ agent Tony Ferrara told reporters that he hadn’t seen the star “in years, on the charts or anywhere else.”

But some analysts say that the threat is overblown.

“Even if North Korea had the technology to enrich pheromones, which we don’t believe they do, there is no way their antiquated sex bomb delivery systems could reach South Korea or China,” said professor Zhu Deqin of Renmin University. “Any sex bomb could only be used for defensive purposes.”

Others believe that the term refers euphemistically to an attractive woman.

“Since being named 2012’s Sexiest Man Alive, Kim Jong-un has been looking for someone that’s more on his level,” said a source close to the supreme leader. “Sure he’s married now, but it’s not like his wife can’t disappear.”

At press time, former president Bill Clinton was prepping to go to North Korea to negotiate the release of the two Victoria’s Secret models, but not Tom Jones.