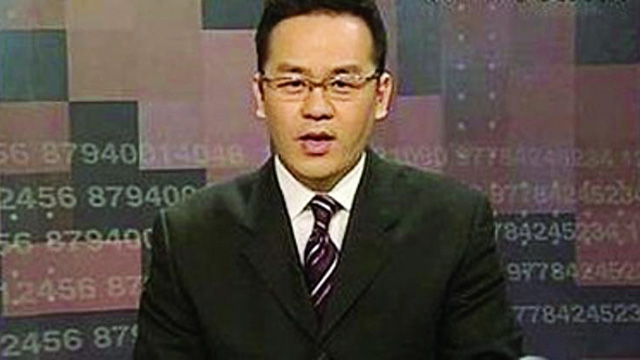 BEIJING — Edward Law, a former host of BizChina on CCTV-9, was charged with two counts of possessing “extreme pornography”  this week, after detectives found more than 800 pornographic videos on his laptop.

“All of our employees undergo a comprehensive background check,” said CCTV spokeswoman Lin Hong in a press conference Wednesday. “When we hired him, Law assured us he was only into the usual fare—DP, gang bangs, that type of stuff.”

But according to investigators, the videos found on Law’s computer were of a “disgusting and distressing” nature.

Edward Law assured us he was only into DP, gang bangs, that type of stuff.”

“It is clear that this sexual deviance emerged only after 2008, when Law left the station and emigrated to the United Kingdom,” Lin responded. “I blame that country’s legacy of hedonism and self-indulgence.”

In addition, Lin told reporters that the official CCTV training manual stipulates employees are allowed no more than 200 pornographic videos on their work laptops and must receive clearance from a superior to download more.

“And I know he didn’t have that kind of clearance,” she said.

The spokeswoman also criticized those who would try to paint the state-owned media conglomerate as a den of nymphomaniacs addicted to smut.

Lin then took questions before closing the press conference, saying, “Now if you’ll excuse me, I have to go and check on my downloads.”