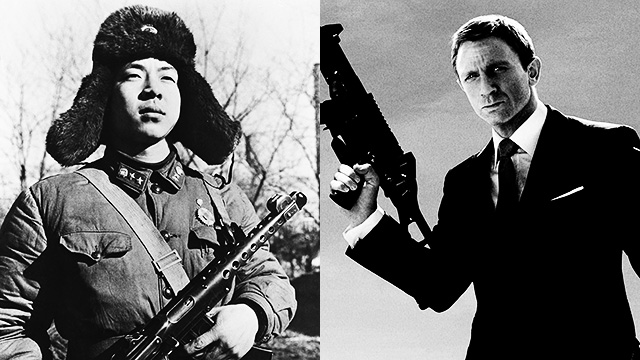 Lei Feng, a fictitious character invented by propaganda officials during the Mao era as a paragon of socialist altruism, was a mainstay of China’s early film industry, appearing in such classic films as From Dongbei With Love (1959), Steelfinger (1961) and On The Great Helmsman’s Secret Service (1964).

Known for his characteristic furry hat, army uniform and snappy bon mots—most notably: “The name’s Feng. Lei Feng. Long live Chairman Mao!”—Lei Feng could be said to be communist China’s poster boy. Officials went so far as to employ an unknown actor to play Lei Feng, staging photo-ops, making movies and even faking a whole series of implausible diaries in order to give the impression that Lei was indeed a real person.

The early Lei Feng films, based on these fictional diaries, launched the character to national stardom, and the early offerings were major box office hits in the 50’s and early 60’s. 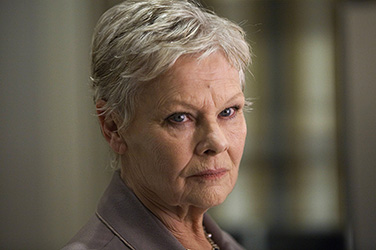 By popular demand, producer Albert R. Chen promised moviegoers that Judi Dench would be reprising her role as Chairman Mao.

However, since the opening up of the mainland film market to ever-increasing commercial competition, the Lei Feng franchise has been accused of becoming “outdated” and “camp,” a slide which film critic Song Zhipi argues “began with 1977’s appalling Octoproletariat, which pitted Lei Feng against a sleeper cell of ninja Indian nymphomaniacs threatening to corrupt a small group of female revolutionary cadres attempting to bring electricity to a small Tibetan border village.”

Song singled out the scene where Lei Feng was airdropped into the village in a bright-red Lycra jumpsuit using a parachute emblazoned with the emblem of the People’s Liberation Army as “the beginning of the end” for the franchise.

The recent Young Lei Feng, an attempt to breathe new life into a rapidly fading character by giving him a semi-mythical origin story was critically panned, with Song singling out “the hero’s failure to connect with modern audiences due to its fading star Pierce Wang (47),” and a convoluted storyline involving “Lei Feng snowboarding his way to safety after evading a squad of Japanese rapist-assassins attempting to thwart his plan to build a grade school in a remote Xinjiang hamlet.”

“Where is it written that he who builds socialism cannot also kick ass?” he continued. “Or drive an Audi convertible, smoke Cuban cigars, or enjoy his Moutini shaken, not stirred?”

While critics have hailed the move as shrewd, some traditionalists are concerned that the new film, which will be directed by British auteur Stephen Daldry and feature Anne Hathaway, Ryan Gosling and Ben Kingsley alongside Wang’s replacement Craig, will take undue liberties with one of China’s longest-running screen icons.

Chen was quick to reassure skeptics that “we know better than to mess with a classic,” claiming that the new film will be true to the spirit of the original Lei Feng movies, with “enough fresh content to attract audiences back, while giving our die-hard fans plenty of that good, old-fashioned wealth-redistributing action they know and love.”

Filming is set to begin in Hubei next month.