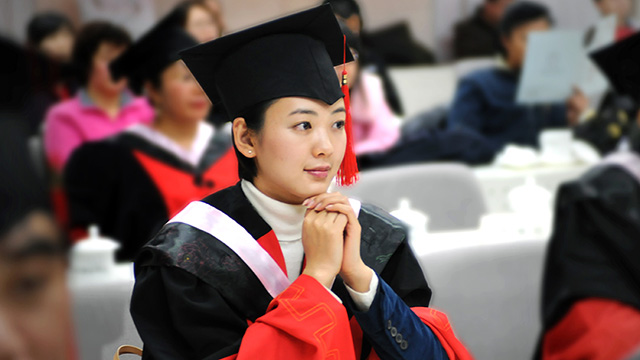 BEIJING — On Monday, the All-China Women’s Federation, the CPC’s official women’s organization, shocked the nation by increasing the age at which a woman becomes unmarriageable and thus essentially useless from 27 to 29.

The age at which a Chinese female becomes universally unpalatable to suitors is officially known as the Leftover Woman Age Threshold, and has only been raised four times in China’s history.

Throughout imperial history, the threshold stood firmly at 16. In the Tang Dynasty, any woman who was unwed on her 17th birthday would be promptly carted off in a wheelbarrow and thrown over the nearest cliff.

After the fall of the Qing Dynasty in 1912, the age threshold was raised to 24. When Mao Zedong came to power in 1949, he raised the threshold again to 27, famously declaring “women hold up half the sky, but unmarried women over 27 are worse than capitalists.”

“Women hold up half the sky, but unmarried women over 27 are worse than capitalists.”
— Mao Zedong

Thus, the decision to increase the leftover woman cutoff for the first time in 64 years is a momentous one. Song Ailing, spokeswoman for the All-China Women’s Foundation, called it “the most important step in women’s rights since suffrage, if not the abolition of foot binding.”

Speaking at a press conference, Song said, “Raising the age at which a woman becomes a desiccated shell of her former self is wholly consistent with the federation’s goals to promote women’s ‘self-esteem, self-confidence, self-reliance and self-improvement.'”

“I feel so young again!” exclaimed Zhang Qihan when she heard the news. Zhang, a 28-year-old Ph.D. candidate in Beijing, had resigned herself to lifetime of fruitless dates with pervy guys in their 30s and divorced professors.

“I feel like I’ve been given a new lease on life, like I can marry anyone,” she said.

But not all women are happy with the increased age cap.

“My mom had finally given up on me ever getting hitched,” said one 29-year-old woman who wished to remain anonymous. “We were done having that discussion. Now that 29’s no longer unmarriageable, she’s calling me twice a day asking if I’ve found a man.”

Men, for their part, seem to be responding to the changes positively. Women in the previously condemned 27-29 age group report on average a 3,000% increase in the number of marriage proposals and a resounding proportion of their phone calls being returned.

But some 27- to 29-year-olds have found that even though men are no longer running for the hills after hearing their age, some men are still turned off by their income and numerous postgraduate degrees.

“I don’t dare say the word ‘Ph.D.’,” said Zhang, who has just started dating a master’s candidate. “I tell him that I’m a waitress in a jiaozi restaurant. He seems okay with that.”

Toward the end of Monday’s press conference, Song gave women 27-29 the same advice she had previously given 24- to 27-year-olds.

“Marry the first man who will have you and do not waste time waiting for luxuries like love or romance,” she said.

“That’s what got you here in the first place.”