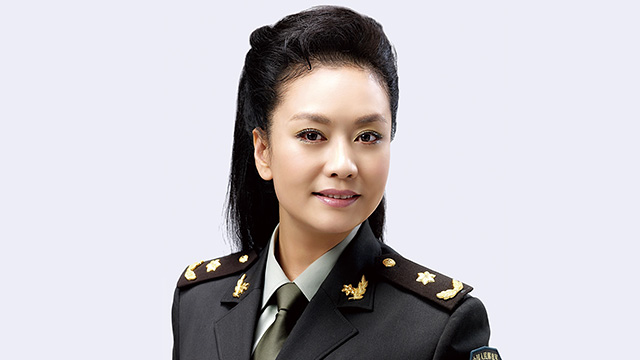 BEIJING — Following the embarrassing leak of a photograph of Peng Liyuan performing for troops involved in the 1989 military crackdown, sources close to China’s new first lady told reporters that she is hoping no one digs up her even more embarrassing 1982 Playboy pictorial.

Since her husband Xi Jingping became president, Peng has become something of a domestic sensation, known for her no-frills fashion sense and not being as ugly as previous leaders’ wives.

But that carefully crafted air of approachability and sophistication could be shattered if her eight-page spread as Miss July were scanned and posted on the Internet.

“I was 19 and needed money for college. I definitely wouldn’t do it again.”

“I was 19 and needed money for college,” the first lady allegedly told her friends. “I definitely wouldn’t do it again.”

The photoshoot, part of the issue’s “Women of the PLA” feature, depicts a coiffed Peng posing sensually with an assault rifle, covering herself with only a hammer and a sickle, and looking lustily at the camera while straddling a tank turret in a satin negligee.

“If these nude photos, however tasteful they may be, were leaked, it could refocus people’s attention onto actual problems facing the country,” Peng reportedly said to her confidants.

Although she regrets posing for the magazine, Peng confided that, without it, she might have never met her husband.

At press time, sources reported that Peng was also concerned about a videotape of her kissing another girl at PLA band camp and a photograph of her high-fiving the Dalai Lama.