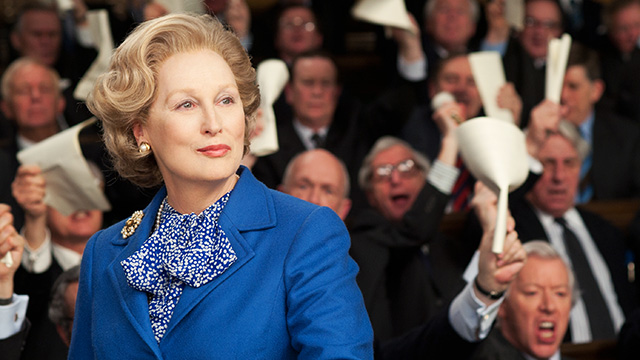 During the nightly 7 p.m. Xinwen Lianbo, anchor Wang Ning interrupted a report about how ethnic minorities love the People’s Liberation Army to make a sudden announcement.

“This just in, CCTV has learned that actress and former British Prime Minister Meryl Streep has passed away at her London home at age 87.”

Having been misinformed that the Iron Lady and Hollywood’s favorite actress were one and the same, Wang went on to deliver a ten-minute obituary, hailing Streep’s “Oscar-winning performances in The Devil Wears Prada and Out of Africa,” as well as her “decision to return Hong Kong to the mainland and her contributions to neo-liberal economics in government.”

“Few people in history have walked the line between celebrity and politics so effectively.”

“Whether up to her elbows in flour playing Julia Child or staring down trade union leaders during the 1980s miners’ strike, Streep was one of the few people in history to have walked the line between celebrity and politics so effectively,” the anchor concluded.

“But while her deft handling of the Falklands War may have made its mark on British military history, this reporter believes it is her star turn as a destitute Polish immigrant in Sophie’s Choice that will truly stand the test of time.”

According to Streep’s publicist Hank Berger, the actress was “shocked” to discover a mound of floral tributes left by Chinese fans outside her Beverly Hills home on Tuesday morning. Among the tributes blocking Streep’s driveway were condolence cards with messages like, “We’ll miss your performances as much as your handbags,” and “May you fight the Argentinians and giggle uncontrollably in insipid romantic comedies in heaven.”

This is not the first time Chinese media has confused one celebrity with another. When Michael Jackson died in 2009, the People’s Daily published a one-page obituary for his sister Janet.