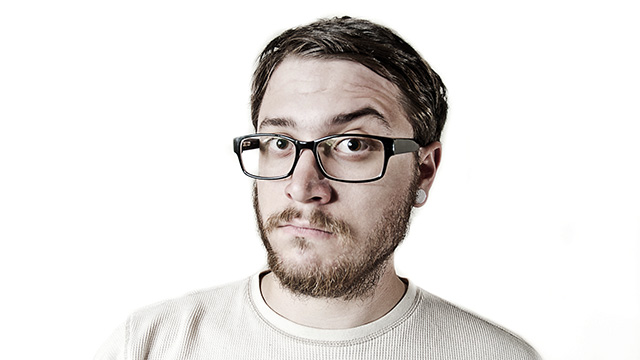 BEJIING — Local English teacher Brian Murphy described himself as “exhausted, deeply frustrated and utterly crushed” by the enthusiastic responses of parents Mark and Irene Murphy during a week-long visit to the Chinese capital, where Murphy has lived for the past eight years.

Murphy, 28, originally from Boulder, Colorado is described in his LinkedIn profile as “a battle-hardened old China hand with stories to tell.”

He gained notoriety in local expatriate circles for a blog post entitled “Why I’m Returning to China After Leaving Noisily on Two Separate Occasions,” in which he bemoaned the Chinese capital’s lack of etiquette, infrastructure, gourmet cuisine and craft beers, before admitting it was the only place someone like him could earn a living wage.

Murphy’s closest relatives, meanwhile, insisted on praising Beijing’s restaurants, bar scene and ubiquitous public transportation alongside the “personable locals, whose manners, if not always their customs, were beyond reproach—from bus drivers to hotel concierges.”

Murphy described how his parents’ “utter failure to perceive just how miserable, lifeless and disgusting Beijing actually is,” had left him “more determined than ever to stay in China and never return to the U.S.”

“I knew it would be a terrible trip from the moment I met them at the airport.”

“I knew it would be a terrible trip from the moment I met them at the airport,” Murphy continued. “I’d had to endure sitting next to a badly-dressed migrant worker on the Airport Express, who was talking so loudly to her husband about their daughter’s cancer treatment that I could barely hear my Lana Del Rey album.”

“Then I wait at the arrivals gate, being brushed against by stinking cab drivers, only to see Mom and Dad stride, grinning, through the gate. As soon as they started saying how polite the passport control people were, I knew the week would be a write-off.

“The rest was textbook—Mom coped fine with the bathrooms, they loved any and all Chinese food and neither of them was remotely interested in just staying in their hotel and watching CNN.”

Murphy went on to describe how his carefully-planned itinerary only received a cursory glance before being rejected in favor of a new one drawn up by his parents. The Murphys allegedly snubbed “ironic” visits to Chairman Mao’s mausoleum, Happy Valley Amusement Park and a three-hour trip to a photo gallery outside Fifth Ring Road to see an exhibition entitled “Shit China: a Study of Public Restrooms in the Middle Kingdom” curated by friend Tamara Poptart.

Instead, Murphy’s parents declared themselves more interested in “seeing fun stuff like the Forbidden City, the Summer Palace, the hutongs around the Drum and Bell Tower and Tian’anmen Square.”

“They didn’t even want to know precisely how many local people had been evicted, beaten or murdered in each spot, instead asking for details about local history and culture which I couldn’t provide,” said Murphy.

Miniharm contacted Mr. and Mrs. Murphy in Chengdu, after both decided to travel independently of their son, whom Mr. Murphy described as “the pride of our lives, but a real stick-in-the-mud.”

“I mean, we love him and all, but we’re on vacation,” said the senior Murphy. “We’re here to enjoy ourselves. I can’t talk for long, the little lady and I have to catch our Land Rover to do the Hump Over the Himalayas.”