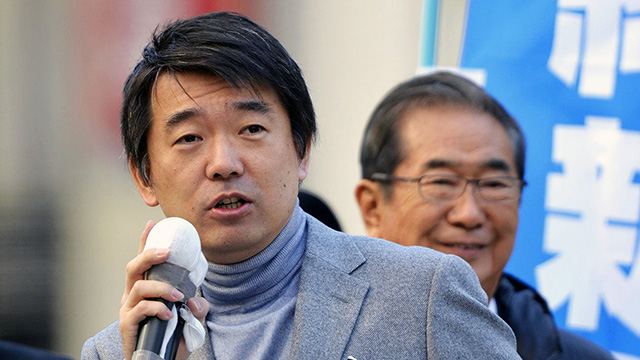 To decide which periods of history to teach, UN employees sent a brief questionnaire to high-ranking members of the Japanese government and found that knowledge of recent historical events, particularly from 1937 to 1945, were lacking or nonexistent.

For instance, in response to the question, “What happened in Nanjing during December of 1937?” Mayor Hashimoto wrote, “Japanese soldiers brought chocolate and sunshine to newly-liberated Chinese.”

To remedy the lapse in historical understanding, the UN is offering a wide range of classes, including beginner courses like “Let’s Talk About World War II” and “Introduction to War Crimes,” as well as more advanced seminars like “Engineering Casus Belli: Japan and the Mukden Incident,” “Remember When Japan Annexed Korea?” and “The Imperial Army and Women: from Sex Slavery to Mass Rape.”

“My students are incredibly hard-working,” said Larisa Chaplin, a Canadian teaching “Why Human Experimentation Is a No-No.” “But I have to do a lot of one-on-one tutoring. For some of these officials, it’s their first time encountering this stuff.”

Though classes have just begun, Japanese politicians are eager to find out why their neighbors often take umbrage at what they say and do.

“I am learning so much,” said former Tokyo governor Shintaro Ishihara, whose move to purchase the disputed Senkaku/Diaoyu Islands last year precipitated anti-Japanese demonstrations across China.

“I used to think that World War II started because the Chinese invaded us, but it’s actually the other way round!”

Even Prime Minister Shinzo Abe, who once denied the existence of comfort women, was seen auditing “Class A War Criminals and the Yasukuni Shrine.”

“Did you know that generals who sacrificed millions of lives and committed the nation to years of deleterious war are hailed as martyrs in the Shrine?” Abe said incredulously as he skimmed an assigned chapter in his textbook.

“I really need to stop going there.”