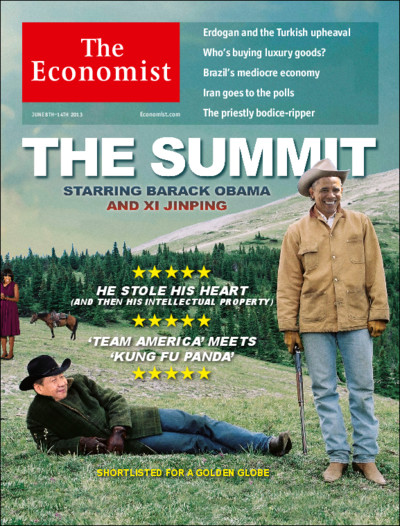 LONDON — The Economist has confirmed that the man responsible for this week’s provocative cover is none other than Wang Lin, the maverick Photoshopper who spawned two separate “Floating Chinese Officials” memes in China.

Wang, who is often referred to as “the Banksy of China,” is best known for his work as artistic director of Huili County’s government website where his blatantly Photoshopped picture of provincial officials inspecting a road went viral.

“By making the image so obviously fake, I was attempting to questioning our perception of what is real,” Wang said. “But my bosses didn’t get it.”

Wang was fired and eventually found a similar position in Hangzhou, but his bosses there were no better. When Wang posted another blatantly Photoshopped picture online, he was fired again. 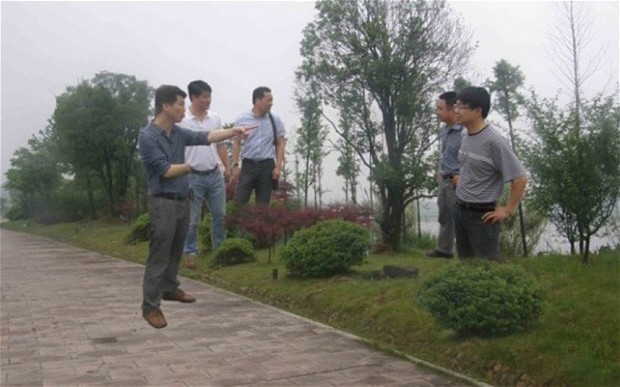 An example of Wang’s previous work.

But this time, his work caught the eye of John Micklethwait, the executive editor of The Economist.

“When I saw that marvelous photo of shadowless officials, one whose legs seemed to be disappearing into shrubbery, I knew he was perfect for The Economist,” said Micklethwait.

The editor flew Wang out for an interview before promoting him to head photo editor.

“He’s changing the entire aesthetic of the magazine, making conspicuously poor Photoshops the new standard,” Micklethwait continued. “He came up with this week’s ‘fake movie poster’ gag all by himself.

But Wang doesn’t plan to stop at fake movie posters.

“For next week’s issue, I’m going to Photoshop Bashar al-Assad’s head onto a photo of Walter from Breaking Bad paired with the headline ‘Chemical Reactions.'”

Micklethwait, for his part, is elated.

“Wang’s innovative covers are a huge boon to our magazine,” he said. “Finally, the quality outside matches the quality inside.”