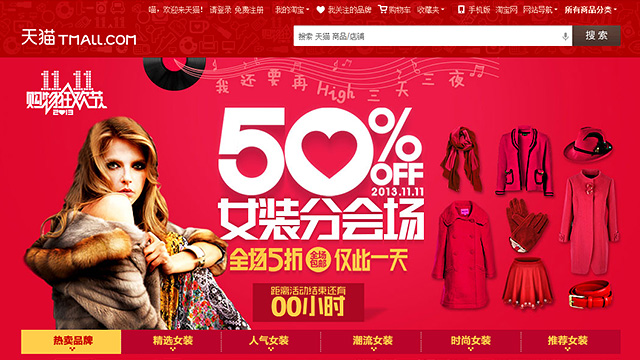 November 11, also known as “double eleven” or Single’s Day in China, has become one of the biggest shopping days of the year, due in no small part to Alibaba, the e-commerce conglomerate that owns Taobao and Tmall. Yesterday, both sites offered discounts as high as 50% on a wide selection of brand-name goods.

The sale was set to start at midnight but hundreds of thousands of customers assembled outside the online storefront hours before, furiously refreshing their browsers and waiting for midnight. Security tried in vain to get the crowd to form a line.

“I underestimated what Chinese people are willing to do for a bargain.”

Then, at the stroke of midnight, all hell broke loose.

Videos uploaded to Youku show Taobao employees scattering as the crowd ripped apart the steel barricades and raced toward the low-priced apparel and digital electronics in the back of the store. Those that fell were trampled into dust.

As of this morning, forensic scientists were still trying to identify some of the bodies.

Alibaba chairman Jack Ma issued a statement this morning offering his condolences and 300 kuai Taobao vouchers to the bereaved families.

“I never saw this coming,” Ma said. “I underestimated what Chinese people are willing to do for a bargain.”

As for the survivors, many went to work in the morning and continued shopping.


RELATED NEWS:
Possible Amendments to CPC Constitution
Thank You for Your Donations
4G Coverage Now Available Everywhere Except Where You Are