Cannibalism Down 13% in “Civilized Chaoyang” 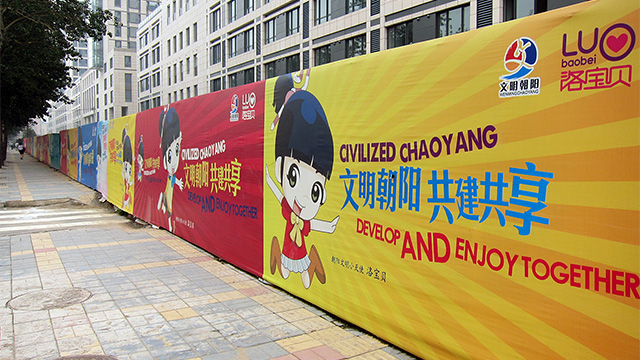 BEIJING — A highly publicized government campaign to civilize a Beijing district appears to be having its intended effect. Chaoyang District, one of the city’s largest and most backward districts, has seen its number of “mass cannibalism incidents” fall 13% since this time last year.

Early attempts to pacify the local population foundered when aid workers and volunteers were forced to pull out following a series of deadly attacks by roving horsemen. Since then, pictograms have formed the basis for communicating with and educating the pre-literate aborigines.

“We have learned a number of things studying the Chaoyang people,” said Dr. Cheng Ming, a Chinese Academy of Social Sciences ethnographer involved in the campaign. “For instance, we know they are obsessed with fertility, judging from the giant golden phallus currently being erected near East Fourth Ring Road.” 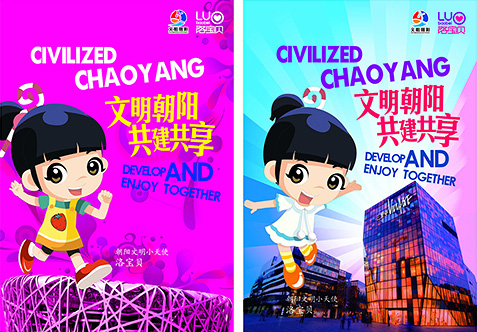 After studying a range of primitive cave drawings from the 798 area, Dr. Cheng and her team recognized a reoccurring virginal figure with a stylized head and eyes.

This insight led to the creation of Luo Baobei, the anthropomorphic mascot of the “Civilized Chaoyang” campaign.

“Our hope was that their savage minds would associate their virginal goddess of fertility with Luo Baobei, who, with her pigtail and UGG boots, represents the apex of modern Chinese civilization.”

Large, colorful billboards featuring the cheery prepubescent were installed throughout the district in late 2010. Supporters argue their arrival has coincided with across-the-board declines in cannibalism, voodoo and polygamy, particularly among nomadic tribes in Chaoyang Park and in the CBD (Cowry-shell Bartering District).

Critics, however, point out that ritualistic blood sports held in the Worker’s Stadium still routinely end in ritual dismemberment and eating the heart of the vanquished.

Dr. Cheng admits that the civilizing process is an ongoing struggle.

“We’ve seen some gains, but there’s still more raping and pillaging than we’d like,” she said.

“There’s also still a lot of spitting,” she added. “But hey, that happens everywhere.”