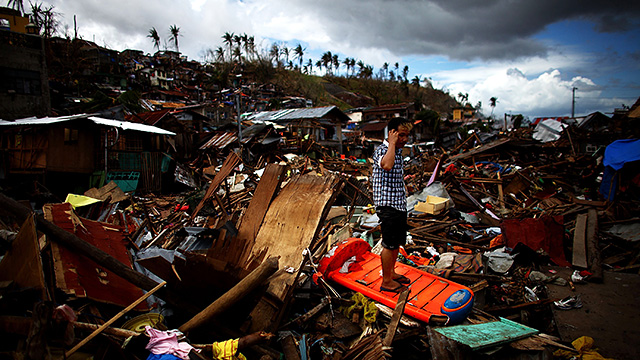 BEIJING — After widespread criticism of its meager aid package to the Philippines, the Chinese government has dispatched an additional relief package which includes over 4,000 body bags and 700 shovels.

“We want to make it clear that this is not about politics,” State Councilor Yang Jiechi told reporters. “This is about us having a lot of extra body bags and shovels lying around, just taking up space.”

China’s original donation of $100,000 was widely perceived as retaliation for the Philippines’ stance on the disputed Spratly Islands. Indeed, the amount was dwarfed by contributions from South Korea, Australia and even Swedish furniture manufacturer IKEA, which pledged $2.7 million to the disaster-torn nation.

The additional aid seeks to bridge that gap by sending more than 400 tons of embalming fluid and 3,500 carve-it-yourself tombstones.

“We are also dispatching aid workers to help with essential tasks like dredging up bodies and digging graves,” Yang emphasized. “You’re going to need a lot of graves.”

Yang said that China would also provide “up to 5,000 wooden caskets” for the island nation, upon request.

“Like I said, they’re just taking up space,” he added.

Though the gesture has done much to repair the rift in China-Philippines relations, IKEA announced Tuesday that it would donate 8,000 minimalist yet tasteful VÄNNÄS body bags.