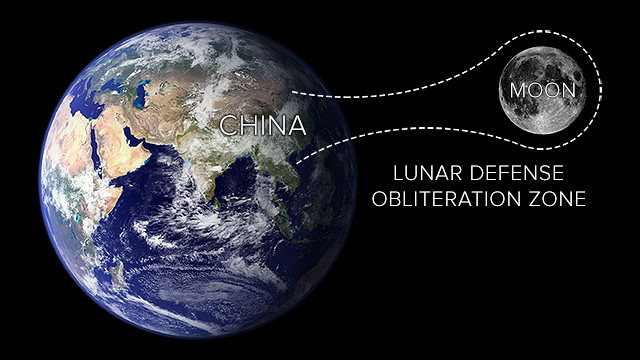 BEIJING — Following the successful launch of its first lunar rover, the Chinese government has declared a defensive zone extending vertically from China into space and encompassing the moon.

The Lunar Defense Obliteration Zone, according to newly appointed space minister Wu Houyi, “will protect China’s core interests and interplanetary sovereignty.” All foreign spacecraft, satellites, comets and space debris must notify China before passing through or into the zone.

Due to orbital complications, the boundaries of the LDOZ will shift daily in accordance with the position of the moon relative to its sovereign power. China’s Ministry of Space has issued diagrams of the shifting boundaries, dubbed “the lasso.”

Many countries have disputed China’s ability to establish such a zone, but Chinese officials are adamant about the country’s claim to Earth’s only natural satellite. 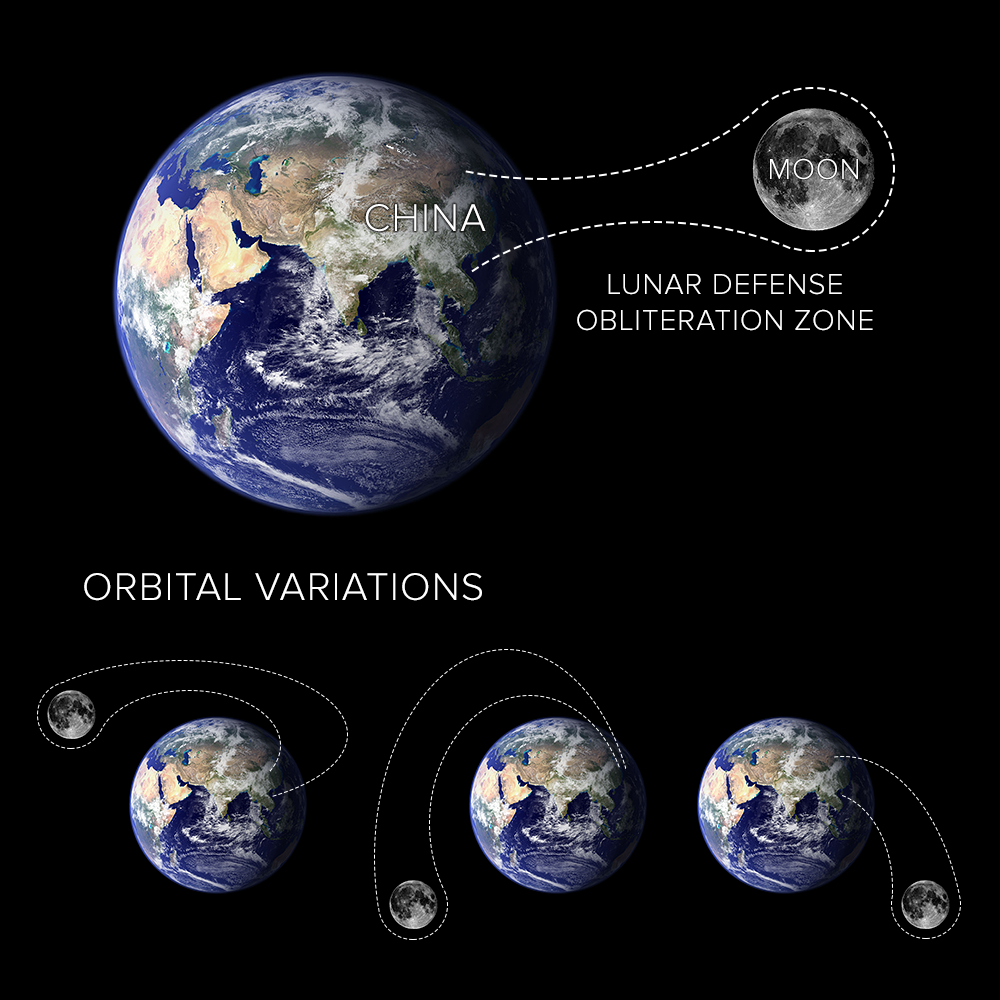 Orbital variations of the LDOZ.

“China’s historical ties to the moon date back at least five thousand years, perhaps more,” said Chen Guang, an official historian from the Chinese Academy of Social Sciences. “We made a whole calendar based on it for Christ’s sake.”

As for the political ramifications, the Ministry of Space has promised not to impose terrestrial laws on the celestial object, nor push immediately for reunification.

“The moon will retain full autonomy,” Wu told reporters on Thursday, “and will continue to orbit the Earth as normal under the ‘One Country, Two Circumgyrating Bodies’ system.”

So far, the LDOZ has received widespread support from the public and government-issued propaganda posters have cropped up around Beijing and Shanghai bearing the slogan “China Dream, Moon Dream.”

One Weibo user, @永远玉兔 (Jade Rabbit Forever), suggested that China should enforce the defensive zone by constructing a giant laser which will point at whichever country is currently meeting with the Dalai Lama, and at Tokyo the rest of the time.

As America and Russia are expected to dispute the territorial boundaries, Chinese scientists, according to leaked classified documents, are investigating the feasibility of striking an obsolete satellite to trigger a chain reaction of space debris that will orbit the earth every 90 minutes, preventing all access to the LDOZ.