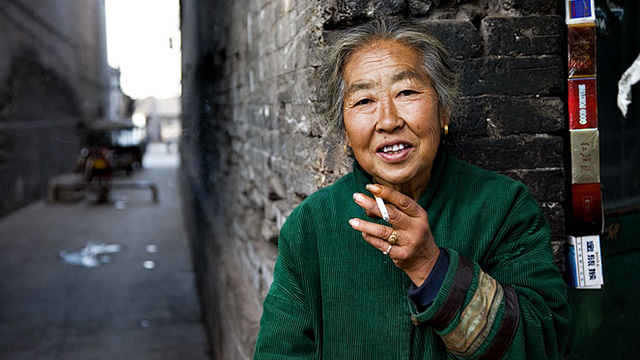 “The rest of the world has turned sour on what is a healthy and pleasurable activity,” said WTA President Frank Seal at the award ceremony in Beijing. “But China, oh man, they can’t get enough of that finely toasted tobacco, especially after dinner, or breakfast, or brunch, or in lieu of those meals.”

However, China’s hold on the title was threatened this year, not by another country, but by its polluted skies, which the WTA has called “a nuisance to smokers.”

“We hope that more will be done to clear the skies, so that the rich aroma of tobacco may waft unchallenged,” Seal said.

“Air pollution is dangerous—it causes cancer and makes your clothes smell. It might look cool, but I assure you there is nothing cool about it.”

“Air pollution is dangerous,” he warned the audience. “It causes cancer and makes your clothes smell. It might look cool, but I assure you there is nothing cool about it.”

China is home to a third of the world’s smokers. In the 1980s, as living standards rose and tobacco prices fell, the popular “Let’s Smoke, Let’s Forget” campaign was hugely successful and helped bury painful memories from the Cultural Revolution, when cigarettes were less affordable. A pack of cigarettes now sells for around 10 RMB ($1.70).

“At those prices,” said Seal, who was chain smoking while speaking through a stoma, “even children can enjoy the calm comfort of tobacco consumption. Rough Gaokao? Have a smoke. Contemplating suicide? Nicotine will calm those nerves.”

Though Seal admitted that an estimated one million people die from smoking-related illness in China each year, he cautioned that “we don’t know how many millions more die from not smoking.”

Looking to the future, Seal hoped that more would be done to combat the “unfair stigma” against female smokers.