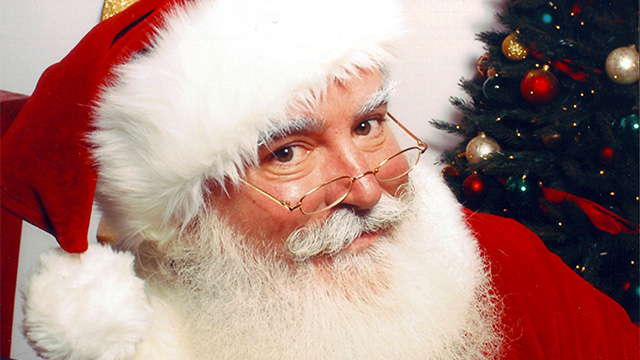 SHANGHAI — A worldwide investigation into the disappearance of Santa Claus ended Thursday morning when Chinese authorities announced that the PLA Air Force had shot down a “suspicious airborne arctic conveyance” over the East China Sea on December 24.

A close examination of the wreckage has led investigators to conclude that the aircraft was piloted by one S. Claus, a Finnish national, who did not survive the crash.

“At 11:26 PM on December 24, airbases in Fujian Province identified a radar anomaly in clear violation of China’s Air Defense Identification Zone,” said defense ministry spokesman Lu Wei at a press conference in Beijing. “Attempts to contact the aircraft using radio and visual signalling were unsuccessful, and at midnight two J-16 fighters were dispatched to intercept it.”

Though Lu refused to elaborate on what happened next, he confirmed that the trespasser’s sleigh was eventually brought down after it refused to change course.

“We can confirm that the pilot, along with his eight caribou, perished on impact,” he added.

“We can confirm that the pilot, along with his eight caribou, perished on impact.”

Speaking from her home in Korvatunturi, Mrs. Claus, wife of the late Santa, called the government’s story into question.

“Kris [Mr. Claus] filed his flight plan and had it approved by the relevant authorities a week before he took off,” she said. “He checked his radio and instruments at several points along the way. And he would never ignore a request made by a military aircraft.”

PLA officials have remained defiant, however, alleging that though his death was “regrettable,” Santa “should have been aware of the risks he was running.”

“Small civilian aircraft are hard for our fighters to spot,” remarked Air Force Lieutenant General Liu Bojun. “Airborne sleighs are well-known for their outdated navigation systems and poor radio equipment. Also, neither the sleigh nor its reindeer were equipped with early-warning systems. Rudolph’s illuminated nose and a few strings of sleigh bells are not going to show up on the sensors of modern aircraft.”

“The fact that such an antiquated sled was deemed airworthy at all,” he added, “is an indictment of EU air traffic control regulations, not China’s air defense protocols.”

Though the PLA has returned some antler fragments and a partial leather boot retrieved from the wreckage to Mrs. Claus as a goodwill gesture, the Chinese government ordered an immediate media blackout on the incident, instructing state media to focus their reporting on Chairman Mao’s birthday instead.

“If you happen to receive queries from children about Santa’s whereabouts,” the directive read, “report definitively that, ‘Santa Claus does not, and has never, existed.'”