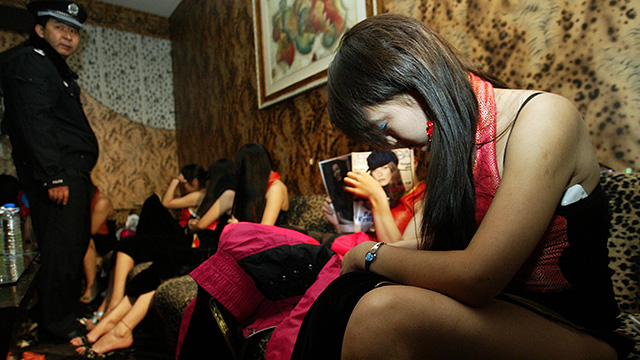 BEIJING — Just days after his unexpected visit to a Beijing steamed bun shop, Chinese President Xi Jinping made an unannounced visit Sunday evening to a local brothel in the western part of the city where he paid 50 RMB for oral sex.

Luo Xiaofeng, the owner of the massage-parlor-cum-sex-den, said that the visit was completely unplanned and that the plainly dressed president arrived alone, without a security detail.

One patron present at the time said he was struck by Xi’s simple demeanor.

“He could have called an escort like the rest of the Standing Committee, but he chose to get his pipe polished at my seedy massage parlor.”

According to eyewitnesses, the Chinese president remained calm even when the local police burst in to raid the establishment.

“As they were throwing me to the ground, Xi comes out, pants around his ankles, and walks right up to the chengguan,” said Luo. “I’ve never seen anything like it.”

“I got this,” Xi was reported to have said.

“I thought it was all over,” admitted Luo. “But the guy smooth talks his way out of an arrest and persuades the cops to keep my place open.”

Sources say that after the police left, Xi calmly went back to his room and finished his business.

On Monday, news of Xi’s visit exploded after pictures from his trip found their way onto the Internet. Though The New York Times has called the incident “a cynical ploy to cement Xi’s everyman image,” Chinese state media has been effusive in its coverage.

“Xi Jinping has subverted the image of the traditional Chinese politician who only engages in sexual acts with his wife,” read one Xinhua special report. “By getting a hummer in a massage parlor like millions of desperate Chinese men, Xi is ushering in a new era of populist Chinese politics.”

News of the visit traveled quickly and by Monday evening, hundreds of people had lined up in front of Luo’s shop.