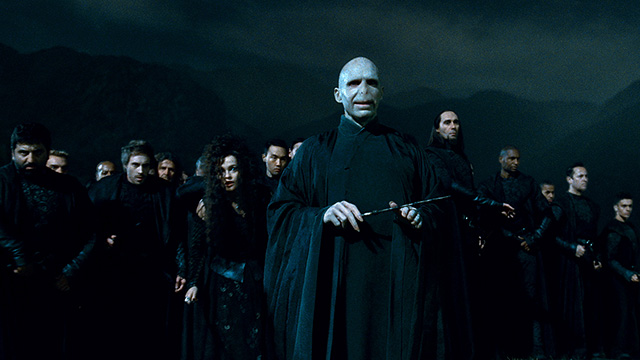 LONDON — Speaking from Azkaban Prison, the remnants of the Death Eater movement told the wizarding world that they objected to the recent op-ed by Japan’s ambassador to the United Kingdom, which compared them and their fallen master, the late Lord Voldemort, to the Communist Party of China.

Barty Crouch Jr. told Daily Prophet reporter Rita Skeeter that comparisons with the “amoral and corrupt rulers of the People’s Republic of China” were utterly unfounded and represented “a deep misunderstanding of what our movement stands for.”

“The Death Eaters may have murdered witches, wizards and Muggles in our quest to take over the world,” said Crouch, who was restrained by the Incarcerus charm and flanked by two Dementors. “And the Dark Lord might have slaughtered innocents, overthrown the Ministry of Magic and committed genocide at Hogwarts School, but we haven’t come close to the body count racked up by the CPC.”

Crouch went on to list the atrocities committed at the hands of the Chinese government which “utterly dwarfed anything ever attempted by Voldemort.”

“Compared to all that, the mercy killing of Albus Dumbledore or the kidnapping of Luna Lovegood look positively mundane.”

“Between 1949 and the present day, we’re looking at 60 million dead, minimum,” he said. “Compared to all that, the mercy killing of Albus Dumbledore or the kidnapping of Luna Lovegood look positively mundane.”

Even the Daily Prophet, usually a critic of the Death Eaters, spoke up in their defense. In her popular column, Skeeter remarked that “while Voldemort, the Death Eaters and their agents may have devastated our world, they never cooked up anything as devious or sinister as the Cultural Revolution.”

“And as for pathological ethnocentrism,” Skeeter wrote, “the CPC, with its arbitrary creation of the Han race and the subjugation of all other ethnicities, could have given Bellatrix Lestrange a run for her money.”

Minerva McGonagall, Headmistress of Hogwarts, also lashed out at “elements in the popular press who make lazy comparisons without thinking them through.”

Presenting an open letter signed by many of the Death Eaters’ former victims, including Harry Potter, Neville Longbottom and members of the Weasley family, McGonagall emphasized that “while all crimes are appalling, some perspective is needed when comparing a few hundred deaths with the extermination of millions in the name of a bankrupt political ideology.”

“Most importantly,” McGonagall continued, “once their Dark Lord perished, the Death Eaters had the good grace to step aside and let democracy take its course.”

“It’ll be a warm day in Durmstrang before the CPC does the same.”