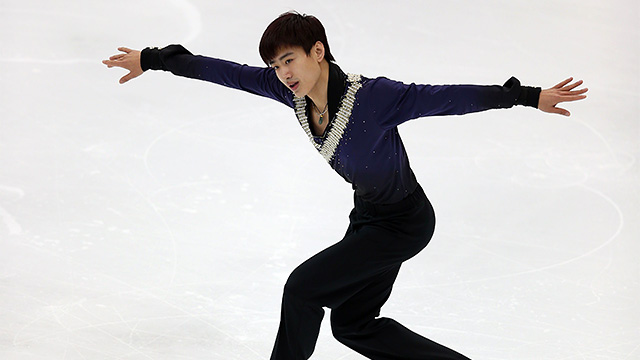 The Russian Ministry of Health lists homosexuality both as an infectious disease and as a performance-enhancing drug, especially in what the government defines as “gay sports”—figure skating, ice dancing and male synchronized diving, among others.

“It is safe to assume he has spread his condition to his fellow athletes,” said one health official.

Speaking at a press conference, the head of the Sochi Olympic Committee, Anton Smirnov, defended the ban, saying that “athletes who choose to be homosexual are 30 to 40 times more likely to win a medal in the gay events, as the condition often makes sufferers incurably fabulous.”

“We cannot risk them spreading their gayness to others, including Russian nationals, despite our near immunity to this sad pathogen.”

The ban has been opposed by the Chinese government, which described Zhang as “an anomaly.”

“We rigorously train our athletes to experience no desire, lust or passion other than to win glory for the motherland through gold medals,” said Vice Minister of the State General Administration of Sports Qi Huajian. “Zhang must have obtained homosexual desires through illicit channels, like the Internet or the team trip to San Francisco last year.”

The state sports administration has reportedly dispatched China’s best therapists to work with the athletes to lower their blood-homosexuality levels before undergoing another test. For his part, Smirnov said that he would be happy to let Li and his team compete if they could be turned straight.

Though tensions remain, both Smirnov and Qi agreed on one key issue: that homosexuality did not exist in their respective countries.