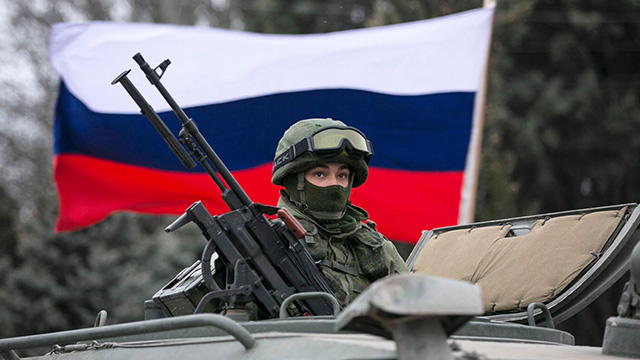 BEIJING — The Chinese government lauded Russia for its “heroic and timely” intervention in Crimea this week, calling it “a bold measure to bring stability to a troubled peninsula.”

“China has always believed that interference in the internal affairs of foreign countries is necessary for a stable global environment,” said foreign ministry spokesman Hong Lei on Wednesday. “We would never quibble about national or territorial sovereignty when lives are at stake.”

Calling Putin a “paragon of truth and justice,” Hong hailed Russia’s humanitarian action as a shining example of world leadership.

“We would never quibble about national or territorial sovereignty when lives are at stake.”

“[Putin] knew he wouldn’t win any friends by sending a self-defense force to protect Crimea,” the spokesman suggested. “But sometimes you have to stand up for what you believe, regardless of the consequences.”

Hong went on to blame Ukraine’s unrest on “a lack of oppression” and cautioned nations against allowing mass protests.

“If you give citizens the power to express how they feel about your government, naturally they will start lobbing Molotovs,” Hong said.

Toward the end of the press conference, Hong questioned the use of “invasion” to describe Russia’s military action. He reminded the audience that Crimea had been part of Russia during the Russian Empire and the Soviet Union.

“One could argue,” he said, “that Crimea has been an integral part of Russia for centuries.”

Closing out his speech, Hong assured Russia that China would commit troops to Crimea if necessary.

“You will always find the People’s Liberation Army on the side of the righteous,” he said. “We must always do what is right, regardless of lines on a map.”