Max Baucus Still Standing in Local Starbucks, Waiting for Someone to Notice 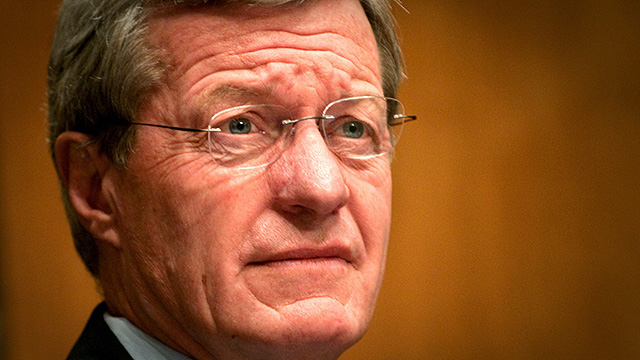 WASHINGTON, D.C. — According to several eyewitnesses, incoming U.S. ambassador to China Max Baucus was, as of this morning, still standing in line at a local Starbucks, waiting for someone to take a picture of him and upload it to the Chinese Internet.

Employees at the Starbucks location near the L’Enfant Plaza Metro say that the 72-year-old politician has been loitering in the store for the past few days, dressed casually with a backpack slung over his shoulder.

“He usually comes in around nine, nine-fifteen, tries to buy a latte with an expired coupon and just hangs around until we close,” said Starbucks barista Lisa Champlain. “Nobody really knows what he wants.”

Though staff members have received complaints from ethnically Chinese customers who felt pressured by Baucus to take a picture of him and “tell their Chinese friends,” the emloyees feel bad for the former Montana governor and have not asked him to leave.

At press time, Baucus was explaining to patrons that he was planning to fly to China in economy class and was excited to visit his ancestral homeland in Guangdong province.