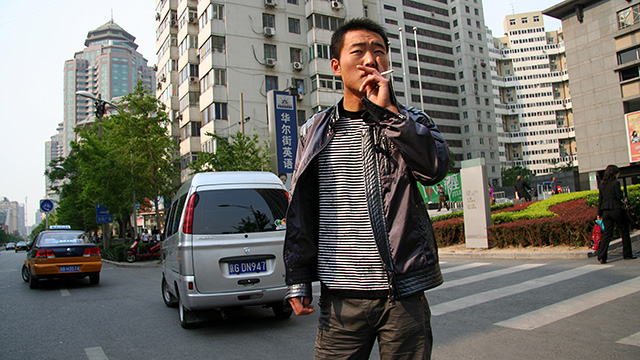 Liu also alleged that the First Opium War and subsequent unequal treaties were directly responsible for his girlfriend of eight months leaving him for a personal trainer at his gym.

Despite the foreign occupation having ended entirely in 1945, following the defeat of Japan in the Second World War, and all foreign forces having withdrawn from Chinese territory after the handover of Hong Kong in 1997, Liu told reporters he is “supremely confident” of a causal link between China’s Century of Humiliation and both his debilitating skin rash and recent breakup.

“Just look at the facts,” Liu remarked. “There is no mention of dermatitis in the Yellow Emperor’s Inner Canon or in any early materia medica. Only with the arrival of foreign devils do such conditions begin to be recorded in China.”

“The First Opium War introduced this plague to previously creamy Chinese skin,” he continued. “Not only that, decadent Westerners also introduced their pernicious ideas of female emancipation, sexual liberation and personal hygiene around the same time.”

Liu went on to link Great Britain’s lucrative and long-defunct opium trade with Qing-era China with his mother’s haranguing him to get married, and the looting of the Old Summer Palace with his misplacing his keys last week.

In related news, over the weekend Seattle native Mike Sorkinski was overheard blaming “commie Chinese dictators” for his being arrested in Sanlitun for sexual assault.