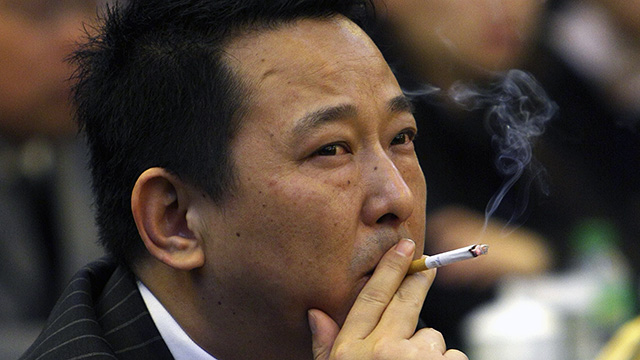 BEIJING — Chinese mining tycoon Liu Han was sentenced to death last week after being found guilty of murder, running a “mafia-style” gang and not having enough political clout to avoid the death penalty altogether.

“I have nothing against murder or gang activity in and of itself,” said Hu Zhongli, the presiding judge at Xianning People’s Intermediate Court in Hubei. “But if one is not a Standing Committee member, that type of behavior is frowned upon.”

“If only Zhou Yongkang were here.”

Liu’s younger brother Liu Wei was also sentenced to death after being charged with two counts of “conspiracy to murder without being the wife of a provincial party chief” and one count of “embezzlement without being a minister-level party official.”

Before his sentencing, a teary Liu asked the court for leniency.

“I am ready to accept any judgment this court hands down,” the former magnate said. “All I ask is that you treat me like one of your own.”

Liu’s mother, watching from the sidelines, was distraught.

“If only Zhou Yongkang were here,” she sobbed.

After remarking that he had never witnessed such brash insolence from someone who was not sheltered by party connections, Hu said he hoped this verdict would “serve as an example to would-be bandits” not in the higher echelons of the Communist Party.