Journalist Gets Three Sentences into Report Before Mentioning Tiananmen 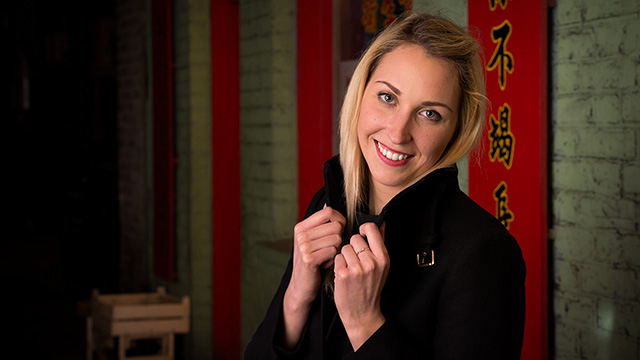 BEIJING — In what is being hailed as a world first for a foreign correspondent in Beijing, BBC economics reporter Margaret Pickle managed to avoid mentioning the Tiananmen crackdown of 1989 until halfway through the opening paragraph of a report on China’s debt relief program in Africa.

Breaking with 25 years of journalistic tradition, in which a link between an article’s actual subject and the Chinese government’s ruthless suppression of dissents in June of 1989 must be made as soon as possible, Pickle’s report began with three sentences completely devoid of any reference to the massacre before finally giving a nod to the atrocities in line four.

“China’s outreach to African countries reached new heights with recent visits by top leaders,” began the report. “Premier Li Keqiang assured assembled heads of state in the new African Union building in Addis Ababa that China would ‘never follow the path of colonialism, but would embrace the needs of Africans along with those of her own citizens,'” it continued. “Dignitaries praised Li’s ‘plain-speaking style’ and ‘easygoing charm.'”

“Such assurances resemble those given by Party officials to student leaders in Beijing immediately prior to the bloody crackdown in 1989,” ran the subsequent sentence, the first overt reference to the Tiananmen massacre in the article up to that point.

Jodie McGregor won a Pulitzer Prize for managing to shoehorn a total of 27 references to the massacre into an overview of Chinese hotpot restaurants.

Beginning almost immediately after the events of June 4, foreign journalists based in Beijing have traditionally mentioned the Tiananmen Incident at least once in all articles relating to China.

In 1993, New York Times columnist Jodie McGregor won a Pulitzer Prize for managing to shoehorn 27 references to the massacre into an otherwise neutral overview of Chinese hotpot restaurants.

However, in recent years, some journalists and bloggers have tried to argue that the Tiananmen massacre is not directly relevant to all issues, past and present, concerning China. Some claim that BBC editors forced Pickles to amend her article after failing to find even an oblique reference to the slaughter.

Others lashed out at Pickles’ attempt at “revisionism.” CNN anchor Barbara Herman tweeted that “BBC journo’s attempt to downplay Tiananmen shows just how far the claws of Beijing now extend.”

On the BBC’s own Newsnight analysis program, host Jeremy Paxman devoted ten minutes to lambasting Pickles for “blatant disregard for journalistic ethics,” disregard, he emphasized, almost as irresponsible “as that shown towards the students and workers who were crushed beneath the treads of army tanks on that grisly, searing night of anguish.”

Lu was later detained for violating China’s Toady Law, which demands that Xi Jinping be credited with all achievements of the Communist Party, the People’s Liberation Army, the People’s Government and the ordinary citizenry of China no later than in the first sentence of any published news article, regardless of its content.