4G Coverage Now Available Everywhere Except Where You Are 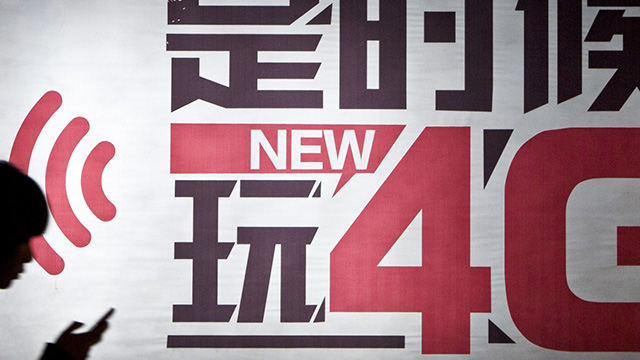 BEIJING — In line with regulations issued last year by the Ministry of Industry and Information Technology, China’s 4G mobile network was expanded this week to cover the entirety of China except the area surrounding you, according to a press release issued this morning.

With the exception of the two square meters in your immediate vicinity, every place in China, from the peaks of the Himalayas to the depths of the Shanghai subway, now enjoys speedy mobile Internet coverage, enabling everyone but you to surf, download and communicate 24 hours a day.

“It’s wonderful to have fast, unlimited bandwidth whenever and wherever I need it,” remarked your downstairs neighbor Mrs. Li while live-streaming the new season of Orange Is the New Black through her iPhone. “In the past, the Internet here has been patchy and slow, but now everyone apart from you can access email, WeChat or shop on Taobao whenever, wherever we want!”

“No one has the heart to tell them they’re the only person in China who still believes the Internet is spotty.”

All of your friends also collectively announced their delight at the “universal, rapid and flawless” Internet access they now have access to.

“I’m now hooked up everywhere but near that one person,” said one of your colleagues. “No one has the heart to tell them they’re the only person in China who still believes the Internet is spotty.”

In their press release, MIIT officials described the new expansion as “in line with our national policy of making high-speed Internet available to all but a single person,” a policy which began in 2009 when unlimited, 24/7 cellphone reception was extended to everyone else in China, and continued through 2011 when the MIIT permitted everyone in China with a cellphone—save for you and anyone who happened to be visiting you—to enjoy social media access on-the-go.

Now the country’s entire satellite array is devoted to jamming all digital signals within your reach, a move which, according to an anonymous MIIT official, has “greatly simplified our ability to fuck with people by training our resources on a single individual.”

The release also confirmed rumors that the government will dissolve the Great Firewall this month, permitting unrestricted Internet access to the entire populace, and shift the focus of the entire state censorship apparatus to preventing you and you alone from accessing websites and sensitive material.

“But, shh, don’t tell them,” said the MIIT official. “We want them to think the Internet is still blocked, so it’ll confuse them even more when Facebook launches in China this August.”

At press time, you were the only person in China without access to this story.


RELATED NEWS:
Chinese Officials Ordered Not to Smoke in Public
New Mother Vows to Give Daughter 8 or 9 Years of Childhood
Xi Jinping Disapproves of "Weird Architecture"