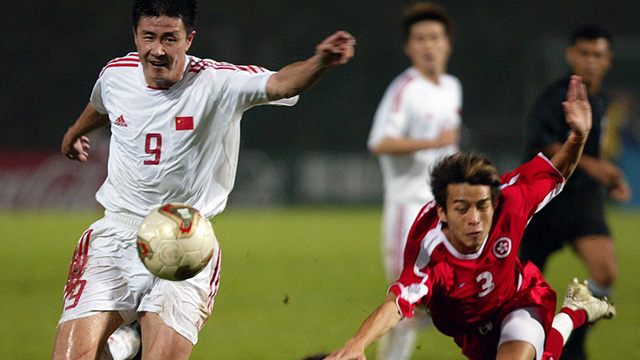 BEIJING — Chinese state broadcaster CCTV announced this week that it plans to air all three games of China’s 2002 World Cup appearance in lieu of the 2014 grand finals.

“Chinese fans don’t care about Germany or Argentina—they want to see their own team in the World Cup,” said CCTV spokesman Tang Jie.

“There will be plenty of goals… from the opposing teams.”

Indeed, the 2002 World Cup marked the first and last time the China national football team qualified for the tournament.

For those too young to remember the historic appearance, Tang teased, “Don’t worry, there will be plenty of goals… from the opposing teams.”

Instead of the grudge match between Germany and Argentina, football fans that turn on CCTV5 early Monday morning will be treated to three back-to-back games: China’s 2-0 loss to Costa Rica, 4-0 thrashing by Brazil and 3-0 defeat by Turkey.

“We think this is a big win for fans,” said Tang. “Not only do they get three games for the price of one, they get to relive the excitement of 2002 all over again.”