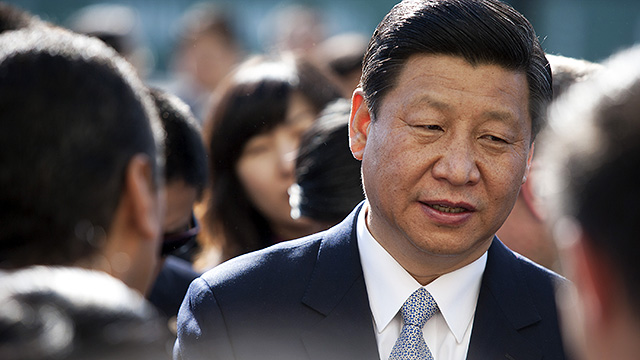 On Sunday, the CPC chairman addressed a special meeting of the Politburo, stating that “the first battle against ‘flies’ and ‘tigers’ has been won. Now it’s time to tackle the ‘ants.'”

Later that day, eyewitnesses spotted Xi in front of the Tiananmen Square rostrum, pointing a finger at tourists, local residents and, occasionally, undercover policemen, all of whom were promptly shoved into the back of unmarked vans.

“The first battle against ‘flies’ and ‘tigers’ has been won. Now it’s time to tackle the ‘ants.'”

According to sources in Zhongnanhai, the Chinese leader has significantly stepped up his anti-corruption drive in recent weeks, regularly accusing friends, family members and even items of furniture of embezzling government funds, maintaining mistresses and seeking to undermine the legitimacy of the Communist Party.

Last Tuesday, President Xi secured a suspended death sentence for a hat stand he had accused of tapping his office telephone.

In his Politburo speech, Xi outlined his plan to “weed out corruption, root and branch, in the general population,” claiming that personally spearheading a nationwide purge had allowed him to “know who’s dirty just by looking at them.”

Xi then departed the chamber by a rear door, which he later detained, claiming the portal had “impeded the smooth continuation of an internal investigation.”

After his appearance at Tiananmen Square, the president advanced eastward along Chang’an Avenue and ordered 1,231 people, 37 animals and 96 inanimate objects to be detained by security forces, at one point forcing his guards to tazer a postbox that he asserted was “resisting arrest.”

Government sources have tried to discredit rumors that China’s president is suffering from paranoid delusions and have suppressed online speculation that Xi might no longer be fit to discharge his duties as head of state.

The propaganda department recently issued an order banning all media from reporting that, while using a mirror to comb his hair, Xi had repeatedly accused himself of using his position in the Party to amass private wealth by securing favors from state-owned enterprises.