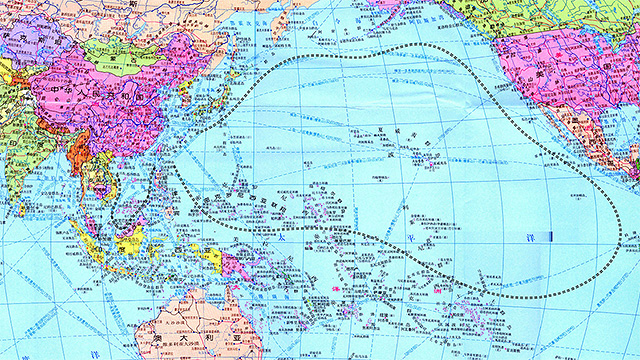 BEIJING — In a move expected to escalate global tensions, China’s Ministry of Education has released a new world map in which China claims large swaths of the Pacific Ocean, including Hawaii and most of Micronesia.

According to Xinhua, the Education Ministry also issued a directive ordering “all educational facilities and government offices to replace their outdated world maps with the current iteration.”

Though the United States has yet to offer any comment, Micronesian President Manny Mori has called the map “absurd” and accused China of “cartographic rape.” 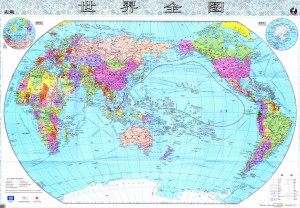 China’s new territory also encompasses Mexico’s Clarion Island and France’s Clipperton Island, which officials say will be allowed full autonomy. American possessions in the region, however, will be combined to form Xinmeiguo Province.

China’s new neighbors will almost certainly raise questions about the map’s legitimacy and protest the country’s expanded borders. Indeed, China’s previous “nine-dash map,” which included the contested Paracel and Spratly Islands in the South China Sea, was already a source of controversy.

But Ministry of Education officials defended the new “251-dash map” by pointing to several Qing-era documents which show the Caroline, Northern Mariana and Marshall Islands under Chinese control.

“The study of what constitutes Chinese territory is ongoing,” said one ministry official.

At press time, proof had been found that the Ming Empire once controlled a large portion of Antarctica. The Ministry of Education said it would immediately begin production of a new, revised map.