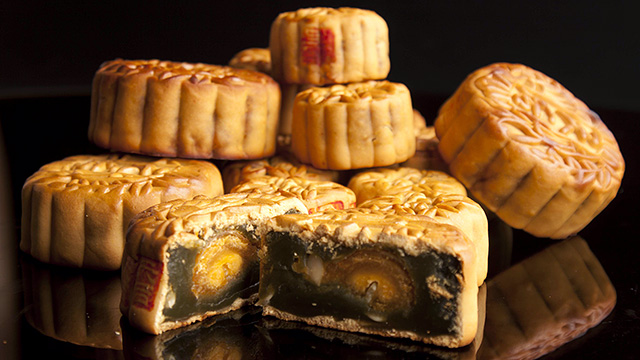 BEIJING — In what could be the deadliest Mid-Autumn Festival in decades, 38 officials were found dead over the weekend after ingesting mooncakes stuffed with gifts intended to curry favor.

As the Chinese government clamps down on expensive alcohol and lavish banquets, venal employees have turned to extravagant gift-giving to get ahead, going as far as stuffing over-sized mooncakes with cigarettes and expensive watches.

But with no easy way to distinguish which mooncakes contain bribes, many are ingested blindly.

According to state media, Zhang Jinmin, a senior manager at ICBC, was found dead in his home, surrounded by stacks of gifted mooncakes. An autopsy discovered several gold bars and a bag of diamonds in his stomach.

Another official at a state-owned company had a half-digested Prada bag intended for his wife in his intestines.

Faced with these fatalities, the Ministry of Health is advising those who have received mooncakes to take small bites and first run them through a metal detector.

Though many online commenters say these officials have gotten their just deserts, some have blamed the deaths on the draconian limits on corruption.

“Corruption is a human need,” said professor Liu. “By driving it underground, you only serve to make it more dangerous.”

Liu advised all prospective graduate students who seek him as an advisor to forego the elaborate gifts and give him stacks of money instead.