PLA Navy Withdraws from North Sea After Scotland’s “No” Vote 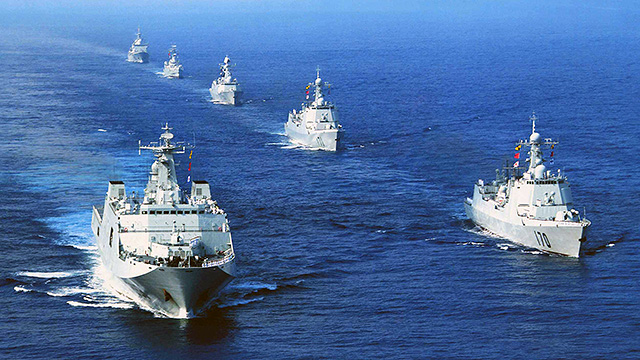 LONDON — Britain’s Royal Navy reported Monday that frigates belonging to the People’s Liberation Army Navy anchored near British waters had turned back for their home port in Qingdao after the Scottish referendum on independence returned a decisive “no” vote.

A few weeks ago, when the Scottish National Party-backed “Yes Scotland” campaign drew ahead in certain polls, China’s Central Military Commission ordered a “precautionary” occupation of international waters in the North Sea in case “this inalienable territory of a sovereign state should fall toward independence.”

Beijing had previously warned that Scottish independence would “set a dangerous precedent,” and pledged military support to the “rightful rulers of the Scots, i.e. the UK government” in the event of an “illegal schism in violation of the territorial integrity of what is unquestionably one nation, one people, one culture.”

“While we respect the right of the Royal Armed Forces to exercise jurisdiction in their sovereign territory, China cannot tolerate the unilateral declaration of independence by any would-be nation,” ran a press release from the Ministry of Foreign Affairs last Wednesday.

“As such, the PLA Navy stands ready to bombard Lothian, Aberdeenshire and the Orkney Islands should separatist forces prevail on Thursday.”

After the votes were tallied Friday morning, with 55 percent of the country’s voters choosing to remain part of the UK, China’s fleet was recalled, with Xi Jinping making separate telephone calls to Queen Elizabeth II and Prime Minister David Cameron congratulating them on the “continued health of the One Britain Policy.”

The Chinese president reportedly then made a call to Scottish First Minister and independence advocate Alex Salmond, inviting him to Beijing for “tea” at the Central Commission for Discipline Inspection.