World Leaders Applaud China for Not Killing Anyone Yet 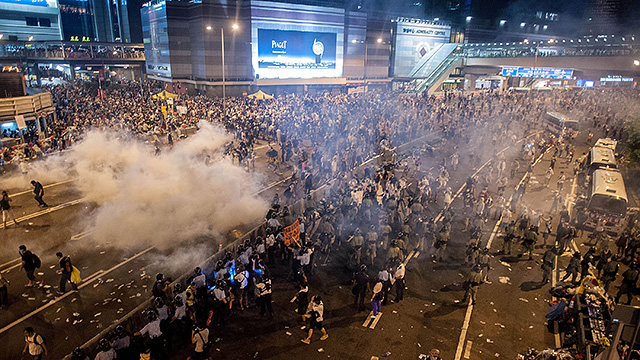 BEIJING — This week, leaders from around the world applauded Chinese President Xi Jinping for showing “extraordinary restraint” in dealing with the ongoing chaos spurred by democracy protests in Hong Kong.

U.S. President Barack Obama was one of the first to praise the Chinese leader, thanking him for “responding with tear gas and pepper spray instead of, you know….”

The American president trailed off before adding, “Just don’t go all Ferguson on them.”

Russian President Vladimir Putin marveled at Xi’s “grace under fire” and said that Russian paramilitary forces would be happy to help put down protesters “should [Xi] change his mind.”

“Not that you need any help with that,” he added.

“Just don’t go all Ferguson on them.”

The leaders of Egypt and Turkey, along with Ferguson Mayor James Knowles III, expressed pleasant surprise that Beijing had not yet ordered police to use live ammunition or called in the People’s Liberation Army to forcefully crush the protests.

“Hurry up and call in the tanks,” joked Turkish President Recep Tayyip Erdogan. “You’re making the rest of us look bad.”

For his part, Egyptian President Abdel Fattah el-Sisi asked Xi “what [he was] waiting for.”

When Xi expressed reluctance to use military force, Sisi assured the Chinese president that “it’s easier the second time around.”

Putin, Erdogan and Sisi, along with Knowles, told Xi that they would stand with him in solidarity when the time eventually came to violently remove the protesters.

“There’s no shame in using disproportionate force to maintain stability,” Sisi reported said to Xi. “We’ve all done it.”