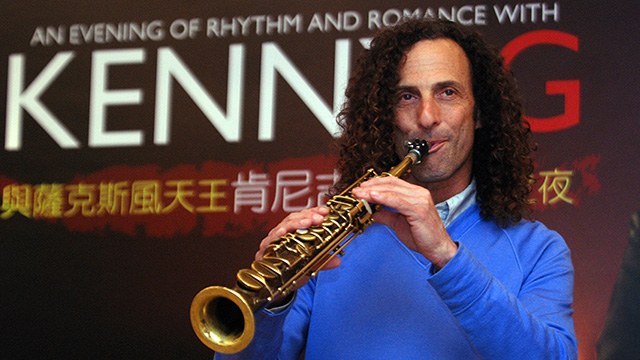 As the smooth, sultry tones wafted through the crowd, protesters packed up their belongings, as if on cue, and headed for the nearest exit.

“Oh, I guess it’s over,” said one protester as he furled his umbrella. “That or a supermarket is closing.”

“I guess it’s over. That or a supermarket is closing.”

Alex Chow, leader of the Hong Kong Federation of Students, tried to stop the scattering crowd, calling the impromptu performance “an obvious ploy by the central government.”

But even the most hardened dissidents proved no match for the soothing, downtempo beat.

“It’s no use. People hear Kenny G and they leave,” Chow told reporters. “He’s like the reverse Pied Piper.”

Though makeshift earplugs were quickly disseminated to the crowd, the damage done to the protest movement was clear. By the sixth time Kenny G launched into the silky strains of “Going Home,” nearly 90 percent of the protesters had left.

Pleased with the saxophonist’s success, high-ranking party officials convened in Beijing this morning to discuss whether to keep Kenny G on retainer for use in the over 180,000 mass incidents that occur every year.

At press time, Kenny G was still in Hong Kong, serenading the few remaining protesters who, according to sources, were close to killing themselves.