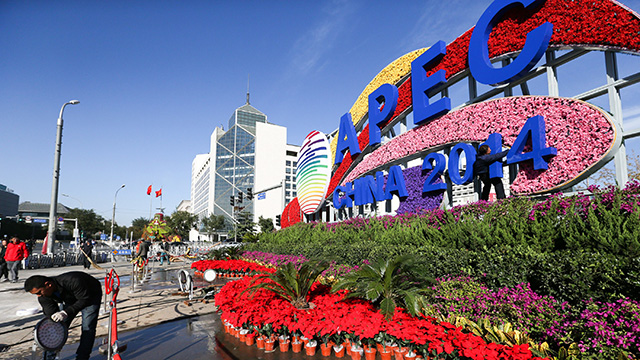 BEIJING — To ensure world leaders see a clean and beautiful city, the Beijing government has euthanized millions of the city’s poor ahead of the Asia-Pacific Economic Cooperation summit, which begins today.

“We need to put our best foot forward when it comes to APEC,” said Beijing deputy mayor Li Jun. “It’s nothing personal.”

Last week, the city issued a statement warning poor people to stay out of the capital during the six-day meeting.

“Any impoverished citizen seen within Fifth Ring Road will be euthanized, in accordance with the law.”

“To protect the image of the Chinese people and ensure a harmonious summit,” the statement read, “any impoverished citizen seen within Fifth Ring Road from November 7-12 will be detained and euthanized, in accordance with the law.”

Though the draconian measure has attracted criticism from human rights organizations, this isn’t the first time a Chinese municipality has taken strict measures to ensure the success of a high-profile event.

Before the World Expo in 2010, the Shanghai government packed the city’s migrant workers into buses and drove them off a cliff.

Though it’s too early to tell whether Beijing’s euthanization program will improve the city’s image as a world-class metropolis, Russian President Vladimir Putin allegedly said that the city was “remarkably free of riff-raff” on his way in from the airport.

At press time, the APEC meetings were proceeding smoothly, though, due to the ban on poor people, there was no one left to pour tea, empty trash, open doors or pamper guests.


RELATED NEWS:
Mistress in Chongqing Sex Tape Gets Own Reality Show
"Pleasant Goat" to Retain Scene Where Pretty Goat is Ra...
iPhone 6 to Retail in China for One Kidney