Leaders of China, Japan, Philippines and Vietnam to Settle Island Disputes with Fight to the Death 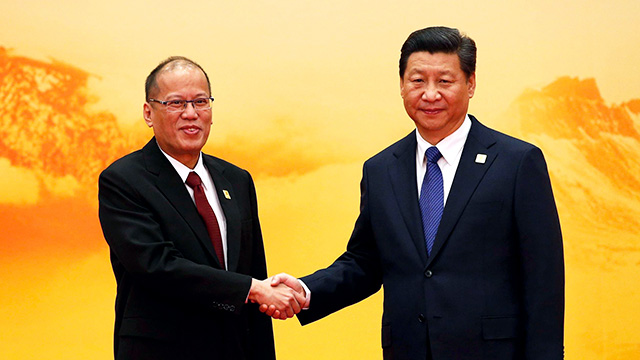 BEIJING — Hailed as one of the biggest success stories to come out of APEC, the heads-of-state of China, Japan, the Philippines and Vietnam agreed on Tuesday to settle their territory disputes in the South China Sea with a classic, no-holds-barred fight to the death.

In a rare interview with state media, Chinese President Xi Jinping revealed that the decisive battle will be a free-for-all held in Olympic Forest Park where “the only rule is there are no rules.”

“This brawl will be a turning point in global diplomacy.”

According to Xi, the park will be walled off and transformed into a Hunger Games-style battleground, complete with weapon caches and hidden traps.

“We will have to rely on our wits to survive,” said Vietnam’s President Truong Tan Sang.

Speaking at a press conference, Japanese Prime Minister Shinzo Abe confirmed that the respective heads-of-state have settled on a winner-take-all system, with the lone survivor’s country staking claim to all disputed islands in the South China Sea, including the Senkaku/Diaoyu, Paracel and Spratly Islands.

“This brawl will be a turning point in global diplomacy,” Abe said. “And I do not intend to lose.”

The leaders have one week to train and prepare before the showdown on November 18.

At press time, Xi was seen studying a topographical map of Olympic Forest Park and trying to get an advance copy of The Hunger Games: Catching Fire.