China, U.S. Agree to Focus on Environment Shortly Before It Collapses 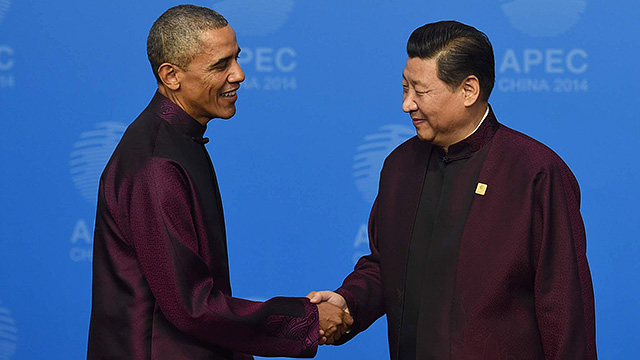 BEIJING — In an unprecedented step toward curbing climate change, Presidents Xi Jinping and Barack Obama agreed last week to focus on the environment shortly before it collapses entirely.

As part of the agreement, the U.S. aims to cut greenhouse gas emissions by 26-28% of 2005 levels by the year 2025, when carbon in the atmosphere is expected to reach 450 parts per million, well past the point of no return for preventing a runaway greenhouse effect on Earth.

For its part, China has pledged to cap its growing carbon emissions by 2030, when rising sea levels due to melting polar ice is expected to fully submerge Kiribati and the Seychelles.

“We might not be able to save the Maldives or Tuvalu, but there is still hope for Micronesia.”

“As the world’s largest emitter of greenhouse gas, we have a duty to the planet,” said President Xi, before leaving for a ribbon-cutting ceremony at a new coal-fired power plant.

“We might not be able to save the Maldives or Tuvalu,” he added. “But there is still hope for Micronesia.”

Though neither leader will be in power when the deadlines arrive, both Xi and Obama emphasized the need for an informal, non-binding agreement.

“Both Xi and I are committed to giving saving the planet the old college try,” Obama said. “But, who knows, it might not work out.”

Leaders of low-lying and island countries around the world praised the bilateral agreement, and hoped their citizens would survive long enough to see it make a difference.

“If we are not completely underwater in 15 years and survive the extreme weather and flooding wrought by climate change, we will have China and the U.S. to thank,” said Palau’s President Tommy Remengesau.

At press time, in response to Xi and Obama’s historic agreement, the governments of China and America were passing legislation to ensure their respective countries never reach the proposed goals.