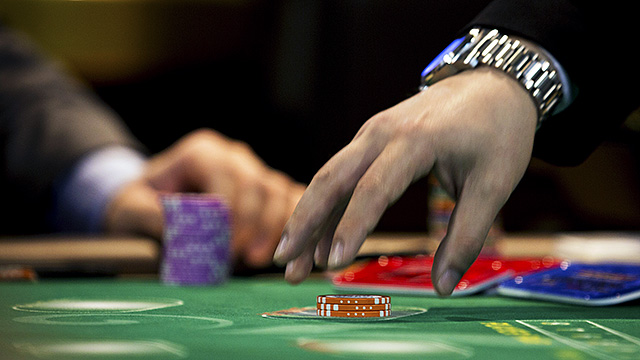 MACAU — As part of planned celebrations to mark 15 years since partnering with the Chinese, the board of directors of the Macau International Resort and Casino offered its resident employees, which the management refers to as “citizens,” US$10 worth of chips redeemable at any one of its 2,730 blackjack tables.

The administration described the gesture as a “big thank you” to the 624,000 employees of the Portuguese colony-themed casino for their “continued support.”

“We hope our valued employees will continue to patronize our five-star services,” said Chief Executive Fernando Chui. “With their help and support, we are confident that Macau will continue to be the world’s playground.”

Founded by Portuguese gambling addicts in the 16th century, Macau grew from a small dive bar to a gamer’s paradise.

Founded by Portuguese gambling addicts whose prison ship ran aground on its shores in the 16th century, Macau soon grew from a small, wooden-framed dive bar with a single backroom poker table to a sprawling, fully-landscaped gamer’s paradise designed to look like its own self-governed territory, complete with quaint flag, novelty souvenir passports, fanciful bilingual signage and a unique fusion cuisine centered on the all-you-can-eat lobster buffet.

Fifteen years ago, the resort conglomerate underwent a merger with the People’s Republic of China—a giant commercial enterprise with ties to suspected crime syndicate the Communist Party of China.

However, the resort has seen declining fortunes in recent years, and many of its formerly glittering fittings have begun to show their age, such as the tired-looking swagged velvet curtains at its borders, the moss-covered plastic liner around its harbor, and a creaky, unappealing social welfare system.

Leaked managerial memos from the office of the Chief Executive have revealed that the casino’s administration is looking to revitalize its fortunes by offering attractions beyond legalized gambling.

Plans include the appointment of Cher as Chief Executive, offering a free night’s stay for every five a resident spends in a deluxe suite, and changing Macau’s motto to “The Loosest Slots in Asia!”