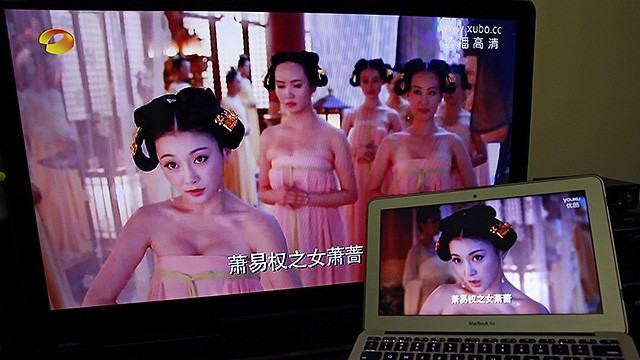 BEIJING — Just days after censors removed all cleavage from the Tang-era drama The Empress of China, another Chinese TV show has come under the close scrutiny of the censors.

Set in contemporary China, Women Going About Their Business follows four young women as they try to navigate the complexities of work and family in fast-paced Beijing.

However, the much-anticipated series ran afoul of the State Administration of Press, Publication, Radio, Film and Television (SAPPRFT), which pulled the show just days before its premiere.

“To promote a harmonious domestic media, all depictions of the female form must be removed.”

In an official statement, SAPPRFT said the show’s release was delayed because the “female body parts depicted on the show—including but not limited to legs, hips and sometimes eyes—could send male viewers into throes of wild, uncontrollable passion which inevitably lead to public licentiousness.”

“To promote a harmonious domestic media, all depictions of the female form must be removed,” the organization said.

SAPPRFT said that it would allow the show back on the air if the series were edited so that “all female characters were removed” or if all the women were “replaced by black silhouettes which cover the female form entirely.”

At the moment, it is unclear if the same restrictions will apply to all shows, as many of them contain females or depictions of the female anatomy.

At press time, the producers of Women Going About Their Business have agreed to make the necessary cuts and retool the story to make it about men instead.